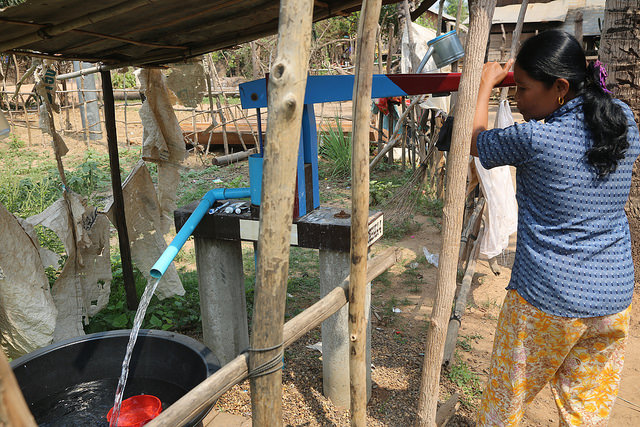 Belgium and Walloon Region inclusive support to the Adaptation Fund

Belgium’s climate finance strategy is highly focused on supporting adaptation actions in the most vulnerable countries to the impact of climate change. Adaptation is a key component of the long-term global response to climate change to protect people, livelihoods and ecosystems and Belgium considers that it is important to support countries and communities in the development of adaptation solutions and the implementation of actions to respond to the current and future impacts of climate change.

Belgium’s main share of multilateral and bilateral public finance is targeted towards adaptation. Besides the support via bilateral projects and programs in developing partner countries, the Adaptation Fund is an important channel of multilateral adaptation support by Belgium to the countries that are particularly vulnerable to the adverse effects of climate change. According to Belgium, the Adaptation Fund – through its structure and direct responsiveness to the needs of developing countries – has a key role in helping vulnerable communities in developing countries to adapt to climate change. A role that remains vital to achieve the objectives set in the Paris Agreement.

The first round of support was provided in 2013-2014, when the Adaptation Fund launched a call for support during the 19th COP in Warsaw, Poland. The four ministers of environment in Belgium, representing the federal government and the governments of the three regions, answered the call promptly by providing jointly EUR 3,25 million. By doing so, Belgium helped closing the funding gap of the Adaptation Fund, a consequence of the low incomes coming from the share of proceeds from the clean development mechanism (CDM) project activities carbon price, the regular revenue of the Adaptation Fund.

During the next years, Regional governments in Belgium (including the Brussels-Capital, Walloon and Flanders Regions) have consistently pledged to the Adaptation Fund, contributing a total of nearly US$ 25 million to the Fund. The collective involvement of local, regional and national governments is increasingly crucial in the urgent and global fight against climate change.

Until now the Walloon Region has disbursed  over 9 millions EUR to the Adaptation fund. These successive contributions illustrate the fact that the Adaptation is a key Partner in the implementation of the Region’s commitment to provide climate finance. In its bilateral projects the Walloon Region also pays a key attention to adaptation needs with more than half of bilateral projects dedicated to adaptation policy.

This information has been provided by the Walloon Regional Government of Belgium.