Italian Ministry for the Environment (IMELS)

Since 2015, the bilateral cooperation activities promoted by the have been enlarged to new areas of the world. The strategy underlying the priority countries is defined in agreement with the Ministry of Foreign Affairs and International Cooperation. In particular, the objective is to support the countries that are most vulnerable to the effects of climate change: the Small Island Developing States and the African countries. 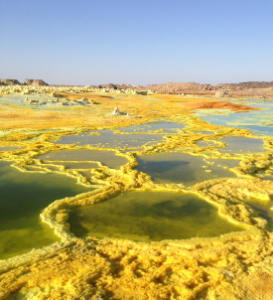 Since 2015, Italy is a contributor to the Adaptation Fund (AF) through IMELS. The AF provides finance to projects that help vulnerable communities in developing countries to adapt and build resilience to the effects of climate change while providing an innovative direct access modality that allows accredited national institutions in developing countries to access financing and manage projects directly. Italy provided contributions totaling US$ 16.36 million for the period 2015-2017. These contributions helped the Fund to assist vulnerable communities’ efforts in developing countries to adapt to climate change and surpassing its fundraising target of USD 80 million per year both in 2016 and 2017. Furthermore, IMELS is working in synergy with the Adaptation Fund Secretariat and National Implementing Agencies in order to scale up AF’s projects through its bilateral cooperation programmes and activities.

In the context of the bilateral cooperation with the Ministry of Environment, Forest and Climate Change of Ethiopia, in fact, IMELS provides USD 4.2 million of funding to support the implementation of a 3 years’ project called “Climate Smart Integrated Rural Development”, as a complementary initiative that builds on the project financed by the Adaptation Fund in 2017 in Ethiopia. In particular, its main purpose is to manage the risks from recurring droughts, floods, both from current risks and under future climate change – through an integrated water, agriculture and natural resource management approach. This approach is complemented with a climate resilient livelihoods diversification programme. The project is targeted in two climate sensitive and vulnerable pastoralist areas of Ethiopia such as Afar and Somali regions.

Furthermore, at national level, the Italian Ministry for Environment, Land and Sea (IMELS), in charge of climate change policy, has approved the Italian National Adaptation Strategy to Climate Change (NAS) in 2015 in which it analyzed the state of scientific knowledge on impacts and vulnerability to climate change for the major socio-economic and environmental sectors. The National Adaptation Plan, started in 2016, is currently being finalized.

This information has been provided by the Government of Italy.