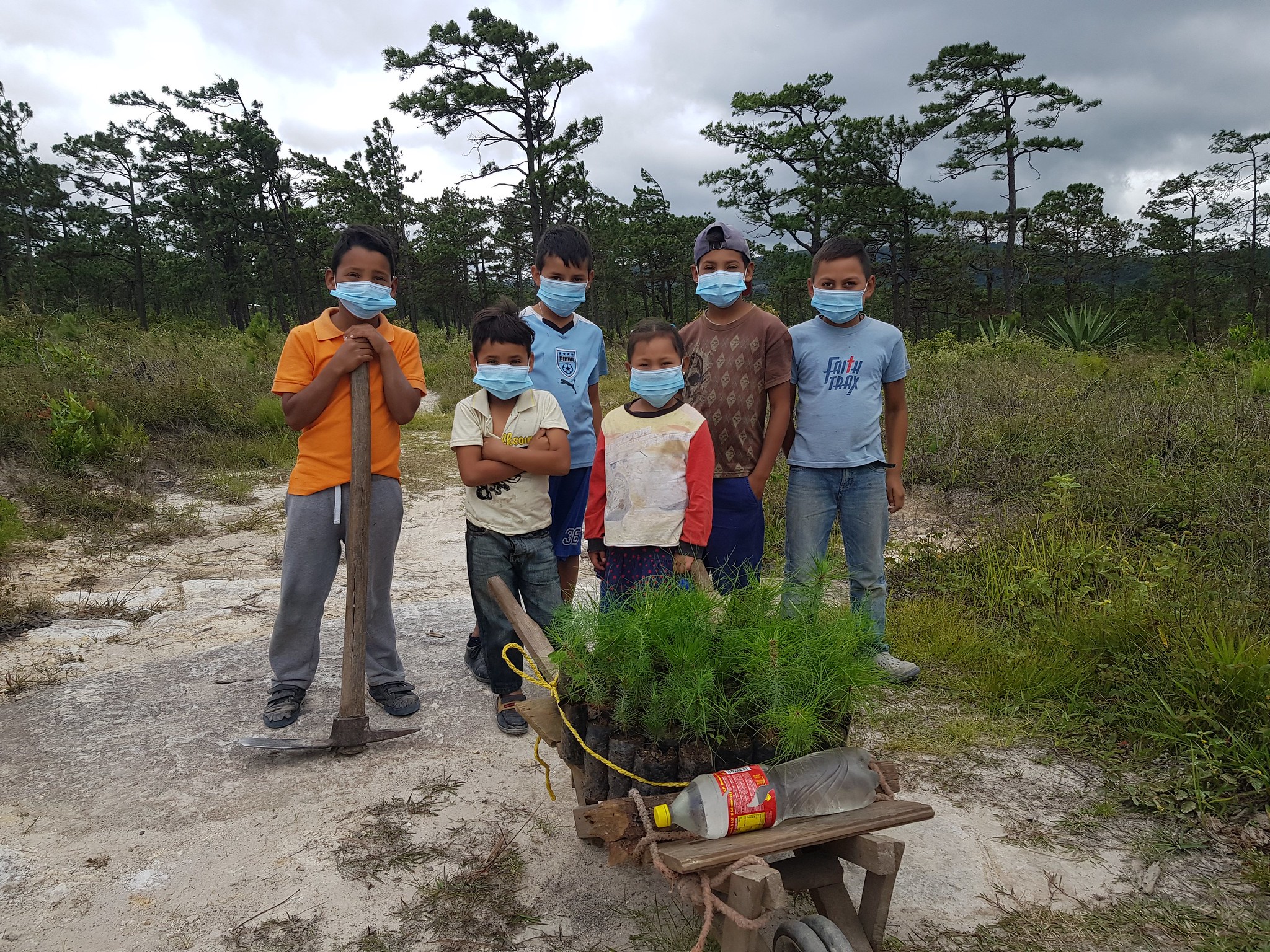 Six Lenca children with their grandfather help to plant trees in the Central Forest Corridor of Honduras. In this AF-funded project carried out by UNDP with the Honduran government, families went out in small groups during the pandemic to safely plant trees to enhance needed water management. (Photo: Carlos Espinal)

The 26th Conference of the Parties (COP26) to the UN Framework Convention on Climate Change (UNFCCC)  will be held in Glasgow from October 31 to November 12, 2021, after being rescheduled due to the COVID-19 pandemic. Action on adaptation and mobilizing finance to support the most vulnerable countries on climate change are two of four COP26 goals, along with action to keep the 1.5 degrees target within reach and finalizing the rulebook of the Paris Agreement. 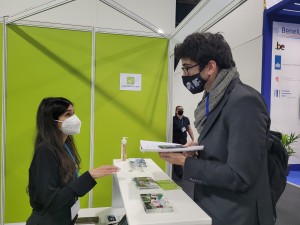 Having successfully maintained and expanded its operations despite the challenges related to the pandemic, the Adaptation Fund will have a key presence at the conference through a hybrid approach consisting of an in-person delegation at the conference site in Glasgow combined with a virtual presence to maintain safety amid the COVID-19 pandemic.

On-site and remote members of the Adaptation Fund Board (AFB) and the AFB secretariat staff will host an in-person pavilion with featured videos and project photos of the Fund’s work (located in Hall 4, Pavilion # 25), organize and take part in multiple side events focused on key themes of adaptation finance, such as locally led adaptation action, innovation in adaptation, and ecosystem-based adaptation, as well as co-host other key events through the joint resilience hub. The AF has invited the UK COP26 Presidency to co-host the upcoming 2021 Contributor Dialogue at COP26, in partnership with other supporting governments of the Fund.

The Adaptation Fund (AF) was created in 2001 under the Kyoto Protocol with the mandate to finance concrete adaptation projects in developing countries that are particularly vulnerable to the adverse impacts of climate change. Since 2019 the Fund has been formally serving the Paris Agreement.

Since it was first created 20 years ago and its operations launched officially 14 years ago, the Adaptation Fund has demonstrated its core strengths and comparative advantage as a highly functioning and innovative fund that pioneered the Direct Access modality in climate finance that builds country ownership. It pioneered an institutional design that promotes the involvement of local actors in planning and implementing adaptation solutions at all stages of project implementation.

To further strengthen the Fund’s work in the context of 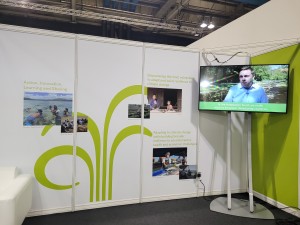 serving the Paris Agreement, the AF Board has adopted a Medium-Term Strategy (MTS) for the period from 2018 to 2022 and introduced new funding windows under its three strategic pillars of adaptation action, innovation and learning. Cross-cutting themes under the MTS include empowering the most vulnerable communities, advancing gender equality, strengthening long-term institutional and technical capacity, and building complementarity and coherence with other climate finance delivery channels.

Since 2010, the Adaptation Fund has grown into a US$ 1 billion fund and committed about US$ 850 million for adaptation projects and programmes to date, including more than 123 concrete projects in over 100 developing countries serving over 30 million total beneficiaries around the world. Half of the Fund’s 34 national implementing entities are located in Least Developed Countries (LDCs) and Small Island Developing States (SIDS) and about half of the funds in its current project and programme portfolio are allocated to LDCs and SIDS.

The active pipeline of projects and programmes currently amounts to US$ 278.7 million.  For the current biennium of 2020 – 2021, to meet increasing demand for resources, the Board at the second session of its 35th meeting approved a new resource mobilization target of US$ 120 million per year, with the understanding that this is an indicative target and that support exceeding it would be welcome.

The Fund has demonstrated its continued support to  climate-vulnerable developing countries during the pandemic through adopting a dedicated response to the COVID-19 pandemic that includes increased flexibility and other adaptive measures to mitigate the impact on the Fund’s Portfolio. The AF Board expanded the Fund’s funding windows beyond its traditional concrete projects to offer additional adaptation grants to support  project scale-up, innovation, learning and Enhanced Direct Access. Finally, the AF Board also doubled the amount of funding countries can access for single-country concrete projects to US$ 20 million and doubled the number of national implementing entities per country from one to two encouraging countries to make use of the direct access modality.

Together with other climate funds in a joint statement, the Adaptation Fund recently communicated  on the funds’ commitment to continue supporting developing countries and on stepping up their collaboration to support a climate-resilient recovery from COVID-19.

In this capacity, the UK and Chile have supported the Adaptation Fund’s resource mobilization activities by co-moderating the Fund’s virtual 2020 Contributor Dialogue for Ambition in Adaptation Finance.

The Adaptation Fund has supported the UK Presidency’s initiatives in the area of enhancing access to finance by participating in the Climate and Development Ministerial on March 30, 2021 and the ongoing COP26 Access to Finance Action Group.

Through COP26, the UK has stated that it aims to encourage bold climate commitments and calls for collaborative actions to move towards a climate resilient and net-zero emissions future. Global campaigns such as ‘Race to Resilience’ run by the COP26 Presidency and High-Level Climate Champions aim to catalyze action by non-state actors and build the resilience to climate risks of 4 billion people from vulnerable groups and communities.