Accreditation Panel: Reflections on the Evolution of the “Direct Access” Concept

Accreditation Panel: Reflections on the Evolution of the “Direct Access” Concept

Reflections on the Evolution of the “Direct Access” Concept 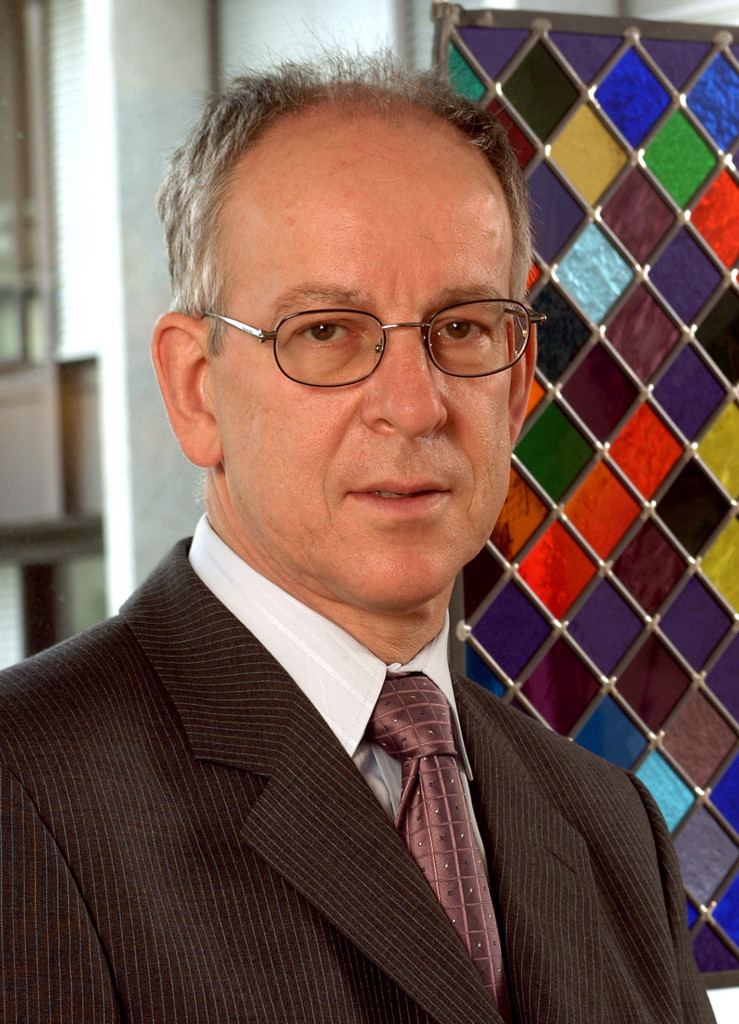 I perceived my appointment in late 2009 as a member of the first Accreditation Panel of the Adaptation Fund as anything but earth-shattering. However, my initial perception of this assignment being routine quickly faded when I fully appreciated that this Fund would be driven by the principles of the Paris Declaration on Aid Effectiveness (on enhancing country ownership) and the Accra Agenda for Action (on developing countries committed to taking control of their own future).

As a result, countries would run projects themselves through their national implementing entities (NIEs) that become accredited with the Fund and not through the Adaptation Fund as the donor. The Panel would be a first step to bring about a whole new way of development assistance to recipients, referred to as “direct access”. There would be many benefits: greater country alignment of development assistance and a building of capacity of the NIEs. The Adaptation Fund Board, the donor community and civil society organizations (CSOs) were closely following how the Accreditation Panel would address the direct access challenges. Wrong decisions would translate into the risk of poorly executed projects, losses of donor funds and a loss of faith in the direct access modality.

Under the outstanding guidance of its first Chairman, William Kojo Agyemang-Bonsu, and the Vice-Chair Jerzy Bzowski, the Accreditation Panel quickly established how it would work. It established its independence through a clear division of duties. Three chosen independent experts with accreditation and project experience would examine the detailed applications and discuss these during the Panel meetings. The Board Members on the Panel would then present the Panel’s recommendations to the full Board. This insulated the expert Accreditation Panel members from any Board influences and pressures. I express my appreciation to the first Chair and Vice-Chair and all the successors that maintained and defended this independence and impartiality.

The initial applications for accreditation were a mix of multilateral development agencies and some progressive national entities. The accreditation of the multilateral banks and development institutions that were affiliated to the United Nations was reasonably straightforward. Nevertheless, achieving the Adaptation Fund’s fiduciary standards could not be taken for granted. Some accreditations of multilateral organizations were delayed until systems, procedures or performance were strengthened.

Several obstacles needed to be addressed in the first few accreditations. These included issues on: how to deal with incomplete applications; how to evaluate strong project delivery systems that were only partially documented; how to evaluate an entity that had experience in executing projects under the guidance of a donor, but not the experience to independently implement projects on its own with its own systems; how to evaluate whether the fiduciary standards were met in cases where the applicant relied on government wide systems within their country; and finally, the need for a clear message that robust and strong anti-fraud policies and practices had to be in place which, for most national and regional applicants, was not the case a decade ago.

Evolution of the Accreditation System

The accreditation system and its requirements have developed over time. Readiness seminars and workshops convened by the Adaptation Fund have helped make applicants familiar with these processes, including how to demonstrate they were meeting the accreditation requirements. Accredited entities began sharing their experiences and assisting new applicants with the application process. The Accreditation Panel developed and issued guidelines on accreditation standards to help entities overcome hurdles in the application process.

The Adaptation Fund approved an Environmental and Social Policy in November 2013 and a Gender Policy in March 2016. Applicants had to demonstrate their capacity relating to these policies. Accreditation Panel members were assisted by outside experts in bringing their understanding of environmental and social concepts to the level of latest developments.

The Adaptation Fund through the Accreditation Panel and the Secretariat has explained and promoted the accreditation process through its readiness activities.

In its first decade, the Adaptation Fund accredited 43 entities (25 national, 12 multilateral and 6 regional) and re-accredited a number of those. Since then, the Green Climate Fund has accredited around 20 of these entities—most, if not all, through the fast track accreditation process. These 43 entities are responsible for the past and ongoing implementation of projects, as well as bringing new proposals forward for final approval by the Adaptation Fund Board. Each entity should be congratulated for having achieved accreditation. It’s a mark of excellence. Many of these entities acquired that status because of improvements made during the accreditation process. However, neither the accredited entities, the Accreditation Panel nor the Adaptation Fund can rest on their laurels. The job is far from over.

Here are some of the challenges.

Developing and executing projects under direct access: Accreditation is only the first step. Next is formulating effective projects. A disproportionate number of projects have passed through the more conventional systems run by multilateral development institutions. National and regional implementing entities sometimes find it hard to compete, but that can be expected to come with time. The Adaptation Fund Board has addressed the issue by reserving a percentage of available funding to direct access institutions. Nevertheless, direct access needs to be further encouraged.

Encouraging ownership through better access: The Adaptation Fund through the Accreditation Panel and the Secretariat has explained and promoted the accreditation process through its readiness activities. Yet there are 150 countries eligible to receive funding from the Adaptation Fund, and only 25 NIEs, and the number of new applicants is relatively small.

Countries with limited English language ability have greater difficulty when applying for accreditation and demonstrating their fiduciary abilities. Most Small Island Developing States (SIDS) do not have sufficient competencies or resources to go through the complex and time-intensive accreditation process.

Regional organizations can fill the gap for a cluster of SIDS or a group of specific countries. It is not quite the full and direct country ownership that the Adaptation Fund wishes to achieve, but it is a good alternative and brings expertise to certain regions in the world. However, so far only a few regional implementing entities have been accredited.

Streamlining the accreditation process: Most applicants provide between 100-200 documents. Based on additional requests for information, this number can grow by another 100. Several documents run into hundreds of pages. To open access to smaller entities, the Adaptation Fund has adopted an alternative, streamlined accreditation process that is individualized and has accredited three NIEs to date under that modality.

The accreditation process could be further streamlined by reducing costs and speeding up the process for applicants.

Reduce costs: Preparing an application requires a wide range of documents. Most applicants require external assistance to get this done. If the applicant works in a language other than English there is also a significant translation cost. Greater reliance on the due diligence of other donors could reduce the amount of evidence required by the applicant and streamline the accreditation work.

There might be room to shorten timelines by concentrating on the key principles in seeking to accelerate the review process.

The seminars and workshops organized by the Adaptation Fund Secretariat have been excellent forums to receive feedback on the accreditation process and share lessons learned. The Secretariat with the Adaptation Panel needs to more fully capture this feedback, analyze the comments and create an evolving lesson learned document. Surveys could be useful in achieving this.

While the Adaptation Fund has set the trend for other funds to follow, it can still become even more accessible and efficient. A well-developed framework should guard against the accreditation process from being too cumbersome, costly and time consuming. This will allow the Adaptation Fund to maintain its leading position in providing direct access for climate finance. 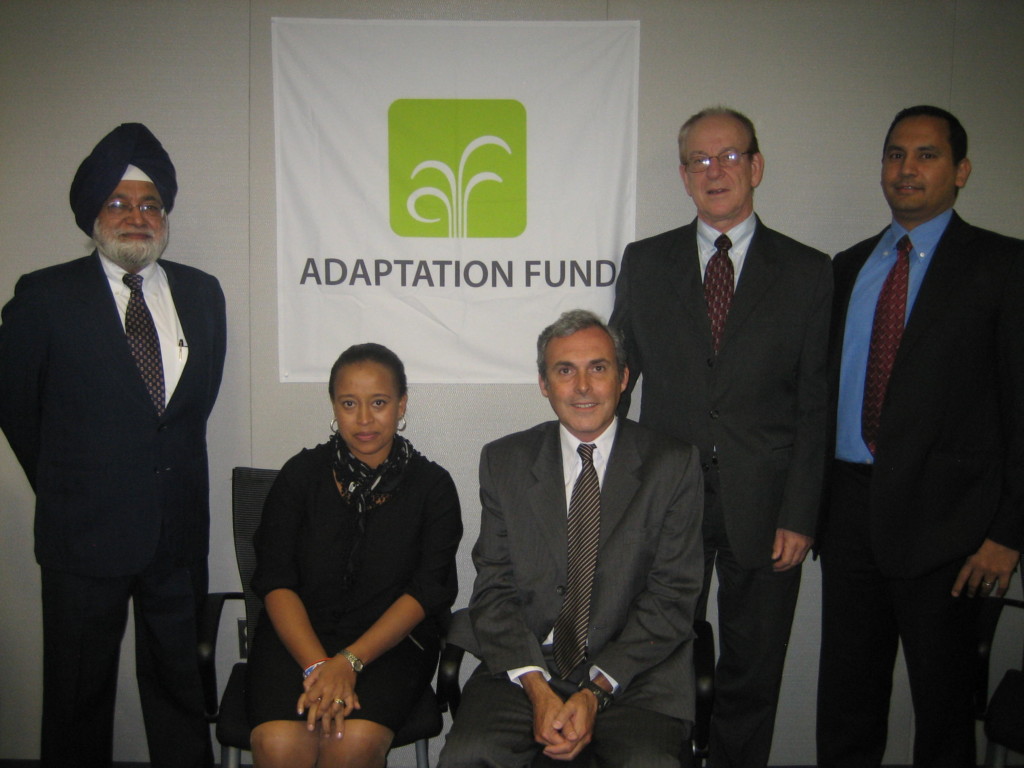