The Adaptation Fund Board met at the UN building in Bonn, Germany last week.

Washington, D.C. (October 20, 2022) — The Adaptation Fund Board’s 39th meeting concluded last week in Bonn, Germany with the adoption of a new five-year strategy starting in 2023 that will further build on the Fund’s strategic pillars of Action, Innovation, and Learning and Sharing, with increased ambition to help meet the adaptation needs of vulnerable countries.

The Board also approved a new resource mobilization strategy and action plan that aims to further diversify and expand its sources of funding.

Other key decisions included the Board greenlighting nearly US$ 53 million in new projects and programmes, among other actions.

In adopting the new five-year Medium-Term Strategy (MTS) 2 for 2023-2027, the Board builds on the work of its current MTS for 2018-2022 that has increased the Fund’s ambition and impact over the last five years. Independent evaluations from the Fund’s Technical Evaluation Reference Group (AF-TERG) concluded that the first MTS has been a good fit-for-purpose strategy, forward-looking and responsive to global adaptation imperatives as it launched seven new funding windows to accelerate Action, Innovation, and Learning and Sharing in adaptation over the past few years.

The MTS 2 will build on those achievements while further optimizing the Fund’s value and impact. It will continue its strategic focus in funding adaptation Action, Innovation, and Learning and Sharing, while increasing ambition under each pillar, strengthening linkages and synergies between them, and adding other cross-cutting features – such as fostering locally led adaptation and scaling up Fund actions and results. These will complement other cross-cutting elements in the strategy, including enhancing access to climate finance and building long-term adaptation capacities; empowering the most vulnerable communities as agents of change; advancing gender equality; and strengthening synergies with other adaptation funders.

With the Board’s approval of the Resource Mobilization Strategy, the Fund will seek to diversify its funding sources and address a need for more predictable funding to help meet countries’ growing adaptation challenges and a large active pipeline of projects that haven’t yet been approved (about US$ 330 million in concrete single-country and regional project proposals and another US$ 50 million in proposals through the Fund’s emerging funding windows).

It aims to further leverage the Fund’s strengths to help meet adaptation objectives of the Paris Agreement and 2030 Agenda for Sustainable Development. One of its key elements will be to expand its growing list of contributors to include additional national and subnational governments. The Fund was the first to mobilize resources from subnational governments several years ago, and since then subnational government contributions have continued to grow and become a steady part of its funding.

In addition to mapping out potential new national and sub-national contributors and proactively seeking funding from these entities, the Fund’s strategy will also be to pursue and consider more opportunities with foundations and the private sector. The groundwork for this was laid when the Board recently approved more flexible procedural steps for receiving contributions from alternative sources, and it is hoped that they can help open doors to further foundation and private sector possibilities. 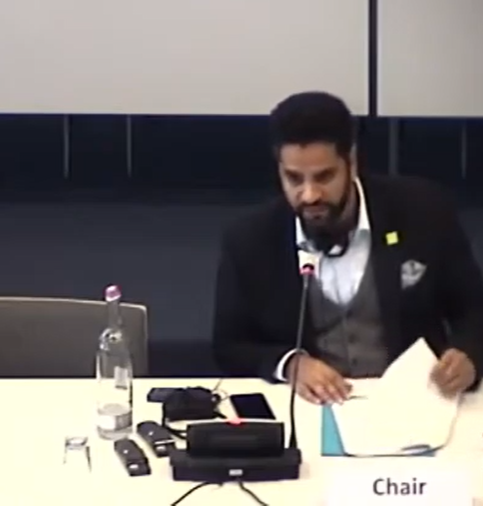 “As climate conditions and the adaptation gap worsen, the next 10 years will be more pivotal than ever and the Fund is uniquely positioned to help,” said Board Chair Mr. Albara Tawfiq, of Saudi Arabia. “The new MTS and resource mobilization strategy are well-aligned, both involved strong multi-level stakeholder input, and will continue to leverage the Fund’s unique mandate and strengths as a pioneering, innovative and agile institution in supporting concrete adaptation with tangible results on the ground for the most vulnerable countries and communities, while promoting direct access, country ownership and local empowerment in adaptation.”

“We are pleased that the Board took these key actions that will ultimately help and empower the most climate-vulnerable developing countries on the ground over the next several years to come,” said Adaptation Fund Head Mr. Mikko Ollikainen. “The Adaptation Fund’s new Medium-Term Strategy will build on the Fund’s unique experiences and knowledge in adaptation, while further strengthening and linking our strategic pillars of Action, Innovation, and Learning and Sharing and providing more opportunities for countries to scale up effective actions and foster locally led adaptation on the ground.”

The MTS 2 further outlines the Fund’s high potential to support several enabling conditions for implementing, accelerating and sustaining effective adaptation, including enhanced access to finance, capacity building, technological innovation, climate knowledge and learning, adaptation monitoring and evaluation, and inclusive governance. The resource mobilization strategy meanwhile lays out an overarching approach that is ambitious and potentially transformative to keep pace with the continued rapid acceleration of adaptation needs in vulnerable countries. Its action plan will also guide the Fund in its fundraising efforts and setting resource mobilization targets for the 2022-2025 timeframe.

Other Board decisions included approval of the Fund’s Annual Performance Report for FY ’22, taking note of evaluation policy guidance, report findings and a phased approach to evaluation provided by the AF-TERG, advancing discussion to enhance civil society engagement, furthering development of a risk management framework for innovation projects, and continuing active engagement with the Green Climate Fund (GCF) to further explore concrete ways to advance options for fund to fund arrangements while enhancing collaborative actions with GCF and other climate funds.

The Sri Lanka single-country project and India/Sri Lanka regional project were each put on a temporary waiting list to comply with internal criteria for annual regional funding and to balance priority between national and multilateral implementing entity projects. The Board also endorsed 10 project concepts for further development in Indonesia (2), Niger, Tuvalu, Fiji, Georgia, Guinea, Lao People’s Democratic Republic, Mongolia and Zambia. It additionally endorsed an Enhanced Direct Access concept in Peru to innovate adaptation in vulnerable ecosystems of Northern Peru, and Large Innovation Grant concepts in Bhutan to innovate adaptation financing to build resilience and adaptation capacity of smallholder farmers as well as Kenya-Uganda to unlock regional investments in gender and youth toward inclusive early growth stage adaptation for small and medium enterprises.

Since 2010, the Adaptation Fund has committed nearly US$ 998 million for climate change adaptation and resilience projects and programmes, including 139 concrete, localized projects in the most vulnerable communities of developing countries around the world with over 38 million total beneficiaries. It also pioneered Direct Access and Enhanced Direct Access, empowering countries to access funding and develop local projects directly through accredited national implementing entities.