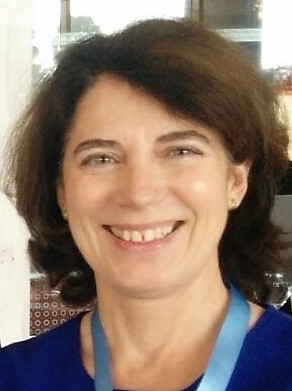 The 10th anniversary of the Adaptation Fund constitutes an opportunity to celebrate its achievements and also take stock on the challenges and opportunities that lie ahead for this still young and innovative fund. In particular, the negotiation of the Paris work programme to fully operationalize the Paris Agreement should clearly consolidate the Fund’s role in the global climate finance architecture.

The Adaptation Fund is already contributing to advancing the Paris Agreement’s provisions on adaptation, finance and capacity building through its operations. The necessary policies and procedures for the allocation of climate adaptation finance are in place for the Fund and fully applicable; including an environmental and social policy that promotes gender equality, vulnerable groups, human rights and conservation principles; a comprehensive risk management framework and an ad hoc complaint handling mechanism; as well as a gender policy and action plan.

The Adaptation Fund has often been identified with ‘direct access’ within the climate finance landscape; in particular for the provision of funding for small-scale replicable and scalable concrete adaptation projects to the most vulnerable communities in developing countries. The Fund’s operating modalities are essentially transparent, country-driven, human-rights based, and gender responsive. The Fund’s pioneering direct access modality, which enhances country ownership and builds institutional capacity in developing countries, represents about 36 percent of the Fund’s current project portfolio. That is unique in climate finance nowadays.

The Fund currently has 43 implementing entities accredited, including 25 national implementing entities (NIEs) under direct access, with 40% of those in least developed countries (LDCs) and small island developing States (SIDS). A streamlined accreditation process for small entities also responds to the specific circumstances of small countries, with the Micronesia Conservation Trust and the Ministry of Finance and Economic Management of the Cook Islands being the first NIEs to receive accreditations of this kind (Armenia’s Environmental Project Implementation Unit followed suit in November 2016).

Demand for accreditation and funding keeps growing steadily. Through the accreditation process many NIEs have enhanced their systems and skills to manage climate adaptation finance. This ability to directly engage with countries is also supported by the Adaptation Fund’s climate finance readiness programme, which effectively underpins direct access.

Seeing the vibrant community of NIEs thriving has been most rewarding. I have had the opportunity to directly witness the amazing support to the most vulnerable communities provided by the Center for Ecological Monitoring (CSE) in fighting coastal erosion in Senegal and by the Agency for Agricultural Development (ADA) in building resilience to drought in oasis zones of Morocco. In my own country, Argentina, the Unit for Rural Change (UCAR) is completing a project that enhances adaptive capacity and builds resilience of highly vulnerable small-scale agricultural producers in the northeastern part of the country. Moreover, these three NIEs and others have benefited from fast-track accreditation by the Green Climate Fund (GCF) thanks to their previous accreditation with the Adaptation Fund.

Later on, the GCF Board approved funding for projects submitted by CSE (US$ 7.6 million to increase ecosystem and community resilience by restoring productive bases of salinized lands) and ADA (US$ 39.3 million for development of Argan Orchards), hence demonstrating the key role these institutions are playing as catalysts of climate finance in their respective countries—thanks to early recognition, readiness and project support, and trust from the Adaptation Fund.

The Adaptation Fund has been associated with innovative approaches to finance since its creation, in particular with a levy on the carbon price for the Kyoto Protocol carbon market mechanisms as a revenue source. Thus, the Fund has in place the systems and the required expertise to continue monetizing carbon assets. The similar sustainable development mechanisms called for under Article 6.2 and 6.4 of the Paris Agreement may offer an opportunity for the Adaptation Fund to offer its expertise and experience in this area in the future. The Fund has weathered the downfall of carbon prices since 2011 with creativity and the consistent support of some contributors. This is a collective achievement of the Board, civil society and secretariat. In the near term, however, the lack of predictable and sustainable flows of resources could threaten the continuity of the Fund’s essential work.

But the Paris Agreement placed adaptation as a key component of the global response to climate change, alongside mitigation and finance. It also expressed the aim to achieve a balance of scaled-up mitigation and adaptation financial resources, and recognized the need for public and grant-based resources for adaptation. The Adaptation Fund is therefore an important instrument for advancing the Paris Agreement. The 10th anniversary of the Adaptation Fund is a milestone to build momentum in this process.