Bonn, Germany – The Adaptation Fund and City of Bonn will co-host a special event on November 16 to commemorate the 10th Anniversary of the launching of the Fund’s operations.

To be held in the historic Old Town Hall in the Bonn Market Plaza from 7 pm – 9 pm, the event will feature speeches from prominent international climate leaders.

German Federal Environment Minister Barbara Hendricks, UNFCCC Chief of Staff Mr. Daniele Violetti, Ms. Naoko Ishii, GEF CEO and Chairperson, and UN Ambassador of Belize Janine Felson will speak, as well as Déthié Soumaré Ndiaye who is Coordinator of the Centre de Suivi Ecologiquein Senegal (which was the first national implementing entity accredited in 2010 under the Adaptation Fund’s pioneering Direct Access modality). Cityof Bonn Mayor Ashok Sridharan will open the celebratory event. They will highlight the global commitment to address climate change and the Adaptation Fund’s pioneering achievements across Innovation, Action and Learning in the adaptation field over the past 10 years. 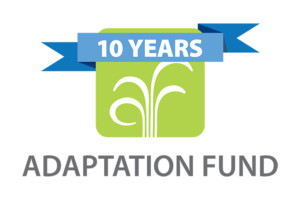 Visit 10 Years of the Adaptation Fund

Adaptation Fund Board Chair Michael Kracht of Germany will moderate and Vice Chair Victor Viñas of the Dominican Republic will provide further remarks. The event will include a multimedia exhibit and release of a special print anniversary publication featuring more than 50 articles and rich imagery from the Adaptation Fund, its implementing partners, stakeholders and beneficiaries highlighting Fund projects in action, innovations and achievements over the years.

“We are very grateful and honored to be co-hosting such an important milestone for the Adaptation Fund with a smart sustainable city like Bonn, and with such distinguished and diverse guests who have all been valued supporters or collaborators of the Fund,” said Kracht. “We look forward to another 10 years and beyond in continuing to help the most vulnerable communities in developing countries find urgently needed solutions to adapt to climate change.”

“Over the past 10 years, the Adaptation Fund has been instrumental in advancing adaptation worldwide – in particular in the most vulnerable regions of the world. Knowing that 80 percent of climate adaptation costs will have to be invested in urban areas, cities and regions are standing ready to be part of strategies and implementation from the very beginning, “ said Sridharan, who serves as First Vice President of ICLEI – Local Governments for Sustainability.

The Fund has since grown to commit US$ 462 million to 70 concrete, localized projects that help the most vulnerable communities in developing countries adapt to climate change, while serving nearly 5.5 million direct beneficiaries around the world. The Fund’s pioneering Direct Access modality continues to serve as a model in empowering developing countries to build their own capacities to adapt to climate change.

“It is very rewarding to share this achievement with all of our government counterparts, implementing partners, beneficiaries and stakeholders who collaborate to make the Fund so effective and relevant,” said Mikko Ollikainen, Manager of the Adaptation Fund Board Secretariat.

The special print publication, which includes a timeline of Fund achievements, will also be made available for download on the Adaptation Fund website on November 16. Excerpts include:

The event will include sustainable food catering, fair trade snacks and live music.

Since 2010, the Adaptation Fund has committed US$ 462 million to support 73 countries, with nearly 5.5 million direct beneficiaries.