Climate refugees in Bangladesh in 2014. (Photo by Mohammad Ponir Hossain)

Board further Approves US$ 17M in New Projects in Djibouti, Angola, and Namibia

The accreditation of Palli Karma-Sahayak Foundation (PKSF) in Bangladesh marks the Fund’s 34th national implementing entity (NIE) to be accredited under its pioneering Direct Access modality that builds country ownership in adaptation, and will open up new opportunities for adaptation and resilience projects in the climate-vulnerable Least Developed Country (LDC).

PKSF was established more than 30 years ago with a vision to eradicate poverty by pursuing inclusive, people-centered, equitable and sustainable programmes, including in climate change and environmental protection. It works with 278 Partner Organizations (POs) in Bangladesh comprised of about 14 million members, and has implemented over 50 major projects, disbursing US$ 3.5 billion to POs. According to the accreditation panel’s analysis, a recent evaluation by a major donor on a PKSF-implemented programme concluded that it achieved the lowest delivery costs while generating the highest cost-benefit ratio and serving extremely financially poor households.

While UNDP is implementing an AF-funded US$ 10 million project in Bangladesh to help vulnerable coastal and river communities adapt to sea rise and intense storms, PKSF’s accreditation will enable the climate-vulnerable LDC to reach more vulnerable communities with needed adaptation solutions. The Adaptation Fund Board recently doubled the amount of funding countries can access for single-country concrete adaptation projects from US$ 10 to 20 million, as well as the number of NIEs countries can have from one to two. 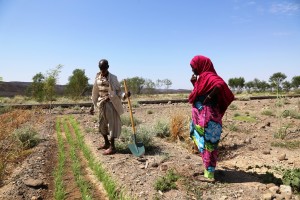 In separate intersessional decisions, the Board also approved more than US$ 17 million in new adaptation projects, including an US$ 11.9 million regional project to address drought in Angola and Namibia to be implemented by the Sahara and Sahel Observatory (OSS) and an US$ 5.3 million integrated water and soil resources management project in Djibouti that will be carried out by the International Fund for Agricultural Development (IFAD). The project in Angola marks the Fund’s first in that country. Djibouti and Angola are also both LDCs.

“It is great to see the Adaptation Fund continue to further its support to vulnerable developing countries, by accrediting PKSF in Bangladesh, and approving more than US$ 17 million in new projects during this intersessional period – including a first-time project in Angola,” said Adaptation Fund Board Chair Mr. Mattias Broman, of Sweden. “PKSF’s accreditation will broaden Bangladesh’s adaptation capacity as a Least Developed Country to further build country ownership to help address its climate change challenges through Direct Access.”

AF has also continued to be active in bringing its NIEs as well as executing entities together to share project experiences and lessons learned through a community of practice to further adaptation actions on the ground. It held its 8th annual NIE seminar in early August virtually for the second straight year, and is holding its third country exchange of NIEs – this time with co-host NABARD of India for the virtual exchange this week. Photos and videos of the country exchange are available here.

“We commend our community of practice of NIEs for their persistence and flexibility in adapting to the COVID-19 pandemic, building broader resilience and continuing to help vulnerable communities and countries adapt to the twin urgency of climate change,” said Mr. Mikko Ollikainen, Head of the Adaptation Fund. “With PKSF’s accreditation, half of all of the Adaptation Fund’s NIEs are from LDCs or small island developing states, reflecting our focus on the most vulnerable. Out of the 55 total implementing entities in the Fund’s portfolio to date, 34 are NIEs, reflecting a further focus on empowering country ownership in adaptation which is an essential and efficient component in fighting the climate crisis.”

Since 2010, the Adaptation Fund has committed nearly US$ 850 million for climate change adaptation and resilience projects and programmes, including more than 123 concrete, localized projects in the most vulnerable communities of developing countries around the world with 28 million total beneficiaries. It also pioneered Direct Access, empowering countries to access funding and develop projects directly through accredited national implementing entities.