Adaptation Fund’s First Direct Access Project Kicks Off in Senegal
Joal and Washington DC, January 24, 2011 – The Kyoto Protocol’s Adaptation Fund took a decisive step in becoming fully operational on Friday, January 21 through the kick-off of its first direct access project “Adaptation to Coastal Erosion in Vulnerable Areas” in Senegal. The project, with a budget of US$ 8,619,000, focuses on protecting coastline from the harmful effects of sea level rise. It is the first project to use the Adaptation Fund’s groundbreaking direct access financing mechanism, through which developing countries can access the resources from the fund directly, without the intermediation of multilateral development institutions. Direct access is a unique feature evolved by the Adaptation Fund Board and unprecedented for an environmental financial mechanism. 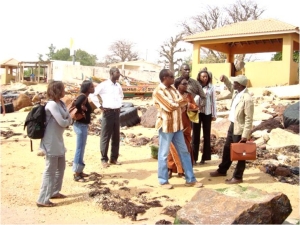 Figure 1: Site visit in Saly on Friday, January 21, 2011.
“Today we have turned into reality, a dream held by the developing countries to take direct charge of their development and adaptation efforts”, said Farrukh Khan, Chair of the Adaptation Fund Board. “The international community will closely watch the execution of this project and its results. I am confident that it will deliver tangible and measurable results”, he added.
The Representative of the non-governmental organization Green Senegal, another partner organization, affirmed that she deeply believes in the success of the project as she noticed that the project has very early established good coordination between the partner agencies and has been able to mobilize local authorities, community based organizations, and leaders of opinion.
The project is relatively ambitious in what it attempts to achieve for the project duration of only two years. Pointing to this fact, the Representative of Centre de Suivi Ecologique (CSE), the first accredited national implementing entity of the fund, invited the local authorities to provide their assistance to the project agencies by facilitating the administrative procedures required for the successful outcome of the activities of the different projects.
The kick-off meeting of the project was arranged by CSE, and held in the town of Joal, 115 km south of Dakar, one of the three project sites along Senegal’s coastline. The meeting was complemented by visits to project sites, discussions with local authorities, and dialogue with the communities that benefit from the project. Coastal areas have been identified as especially vulnerable to the effects of climate change in Senegal.  As a result of rising sea level, the country is facing floods, erosion, salinization of coastal fields, and degradation of mangrove forests.
“This project constitutes the first action towards the implementation of the National Adaptation Programme of Action (NAPA) in Senegal and unquestionably contributes to restore hope to the vulnerable populations and fight against poverty”, said Mr. Ernest Dione, Deputy Director of the Environment, in a speech he delivered on behalf of the Senior Minister of Environment and Nature Protection, expressing the Senegalese authorities’ satisfaction with hosting the first project financed by the Adaptation Fund.
The project relies strongly on the active participation of the vulnerable communities along Senegal’s coastline, whose lives and livelihoods it seeks to protect. The President of one of the partner organizations, women’s association Dynamiques-Femmes (“Dynamic Women”) in Joal, Mrs. Yama Ndiaye, expressed the gratitude of the local organization for having been given the responsibility to participate in designing and executing the project in their own environment. “The project brings an answer to one of their main constraints, and women are ready to take the challenge. We will do whatever efforts that are needed to attain the expected results, and to make sure that the project improves our livelihoods which are significantly jeopardized by coastal erosion and land salinisation”, she said. 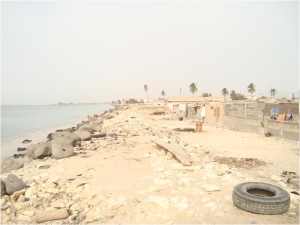 Figure 2: View of a site in Rufisque, Senegal, where a sea protection wall will be built.
The Adaptation Fund is a self-standing fund established under the Kyoto Protocol of the UN Framework Convention on Climate Change, which gets the main part of its funding from a two percent share of proceeds of all Certified Emission Reductions issued under the Protocol’s Clean Development Mechanism projects. The Fund is designed to finance concrete climate change adaptation projects and programs based on the needs, views and priorities of developing countries.
Aya Mimura2015-07-28T14:11:03-04:0024 January 2011|Press Releases|