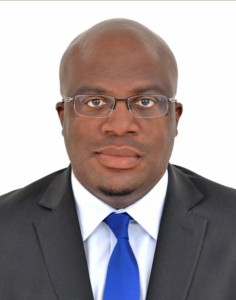 The costs to be borne by developing countries for adaptation are very high, estimated at up to US$ 150 billion per year in 2020. For example, between 2000 and 2008, the effects of flooding in the UEMOA (West African Economic and Monetary Union) zone were characterized by more than 1.2 million affected people, plus material damage, increased risk of disease, loss of infrastructure, and more. The damage was estimated at between US$ 189 million and US$ 388 million.

These situations have highlighted the profound vulnerability of populations and ecosystems in a context where countries should focus on poverty reduction, quality basic education for all, promotion of youth, health and employment, and so on. At the same time, these countries are facing fiscal constraints at the national level and a scarcity of concessional resources at the international level.

The UEMOA Joint Facility for Development Financing, whose eight states are poor and vulnerable countries suffering from the adverse effects of climate change, is composed of stakeholders in the United Nations Framework Convention on Climate Change (UNFCCC) and its Kyoto Protocol. Conscious of the vulnerability of populations to the adverse effects of climate change and the need to increase financing of development actions, UEMOA states have seized the opportunities offered by the mechanisms of the Convention, namely the Adaptation Fund and its Direct Access approach to ask The West African Development Bank (BOAD) at the 15th Conference of the Parties in Copenhagen in 2009 to be their Regional Implementation Entity with the Fund. Once the Member States’ requests were received, the Bank submitted an application for accreditation to the Adaptation Fund Board Secretariat in 2011 and followed the accreditation process.

Operations Since Accreditation to the Adaptation Fund

Several actions have been initiated since the Bank’s accreditation as part of its mission to develop adaptation projects. These include:

Niger: Program for the promotion of irrigated agriculture by solar pumping system in the context of strengthening the resilience of rural communities; US$ 9.9 million (Adaptation Fund grant financing); US$ 21.4 million (expected BOAD co-financing); Funding for the project has been approved by the Adaptation Fund Board for an amount of US$ 9.9 million. The Grant Agreement was signed in December 2016. BOAD’s co-financing was approved by the Board of Directors in March 2017. A start-up advance of US$ 1,269,000 and fees in the amount of US$ 107,000 has already been paid to the Bank, March 2017.

Togo: Project to increase the level of resilience of vulnerable actors in the Mandouri agricultural sector in Togo; The concept note for the project was prepared and submitted to the Adaptation Fund Board; due diligence is in progress for the preparation of the full project document.

Guinea Bissau: Climate-intelligent agriculture development project in eastern Guinea Bissau; the concept note for the project was endorsed by the Adaptation Fund Board.

Regional: Project to promote climate-smart agriculture in Burkina Faso-Benin-Ghana-Niger and Togo; the concept note for the project was prepared and submitted to the Adaptation Fund Board; due diligence is in progress for the preparation of the full project document.