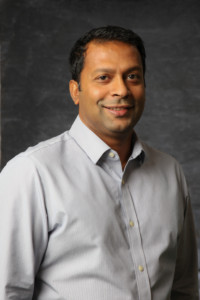 Since its inception, the Adaptation Fund has provided critical support for climate resilient development strategies across the globe. Working through agencies such as the United Nations Development Programme (UNDP), governments across the globe have accessed Adaptation Fund finance to reduce climate change risks and build more climate resilient nations.

This work has been a key driver over the past 10 years in protecting Small Island Developing States, supporting climate-smart agriculture, ensuring long-term food security for vulnerable populations, and promoting the effective management of natural resources.

With financing and support from the Adaptation Fund, UNDP works with national governments to identify, design and implement interventions that are needed to achieve the goals set out through the Paris Agreements, 2030 Agenda and other global accords.

In the end, the collaboration between the Adaptation Fund, UNDP, national governments and local beneficiaries is about reducing risks, building and strengthening institutions, and supporting vulnerable communities in effectively and efficiently managing the uncertain future that climate change brings.

Many developing countries are highly vulnerable to the effects of climate change. Droughts, floods and changing rainfall patterns are compounding factors in water shortages and hunger, which in turn have cascading effects including migration. These are very real and present threats that require immediate action. Continued financial support especially for those countries bearing the brunt of impacts is important. Catalyzing finance, especially from the private sector, to affect behavioral change at scale is also critical. Left unchecked, these climatic challenges threaten to unravel efforts to build a more peaceful, more secure, more equal world.

The impact of Adaptation Fund finance is most apparent when one looks at the way lives and livelihoods have been positively affected, how certain parts of the Earth have transformed to resist the impacts of climate change, and how local cultures, economies and institutions have grown strong roots to withstand the stormy and unfavorable winds of change.

In Mauritius for instance, Adaptation Fund financing has been used to plant 20,000 mangrove plants that will function to protect the coastline from erosion. Dual benefits of adaptation and livelihood options are promoted by also creating new economic opportunities through ecotourism.

With financing from the Adaptation Fund and support from UNDP, the Government of Myanmar is helping rural villagers living in drought-stricken areas to collect and store water, rehabilitate landscapes of 4,200 hectares of micro-watersheds and support community-based agro forestry, taking climate change risks into account.

Building on strategies based on the principles of local empowerment and ecosystem-based approaches, these types of projects are making key technical investments toward ensuring that climate change risks are integrated into improved water supply systems, expanded agro-forestry services, diversified livestock, watershed and soil conservation, while promoting climate-resilient livelihoods that permit the diversification and reduction of risks.

In the Pacific, Samoa has made use of financing from the Adaptation Fund to build the resilience of coastal communities to the impacts of climate change in a range of practical ways. Among them are updated and ‘climate-proofed’ independent-water-scheme water storage and supply systems for the villages of Maasina, Lelea, Sili and Lona; a new 1.4km road connecting the villages of Neiafu, Falealopu Tai, Falealupo Uta and Tufutafoe to inland areas. When extreme weather events manifest now, people are informed in advance to move away from vulnerable coastal areas. The construction of a rock and seawall now protects community assets from increasingly intensifying hazards such as waves, storm surges and coastal floods.

The ongoing commitment of UNDP through its partnership with countries worldwide and financial institutions like the Adaptation Fund is to connect people, ideas, new technology, innovative ways of doing things and financial support to build a world where vulnerable people can build resilience to a changing climate and thrive in the 21st Century.