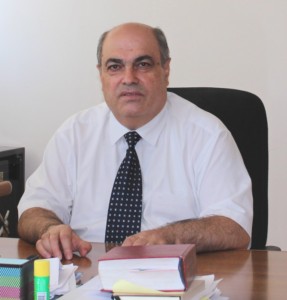 When the Republic of Armenia became the 25th country to achieve Direct Access under the Adaptation Fund in November 2016, it was no small feat.

The first country in Eastern Europe and the Commonwealth of Independent States to do so, it is breaking new ground for other climate-vulnerable areas in the region that may be facing similar challenges.

Gaining accreditation with the Adaptation Fund under the Fund’s pioneering direct access modality means a lot for Armenia. We shall be able to implement projects aimed at enhancing resilience of natural ecosystems to climate change; support and scale up the application of water saving technologies; and support and scale-up measures aimed at increasing the forest cover and enhancing the carbon accumulation.

One of the biggest challenges faced by mankind is global climate change, which can be addressed by joint efforts made by all countries. Armenia ratified the Paris Agreement and formulated its Intended Nationally Determined Contribution submitted to the UN Framework Convention on Climate Change in 2015.

The EPIU sees its role in developing and implementing projects and programmes with the support of international organizations such as the Adaptation Fund, GCF and the GEF as well as the state budget with the sole aim to limit or reduce greenhouse gas emissions and to adapt and mitigate the adverse impacts of climate change in the Republic of Armenia.

The cooperation between the Adaptation Fund and EPIU started in 2014. The launch of the cooperation was EPIU’s undertaking of the accreditation process through the Fund under the direct access modality (which gives developing countries the opportunity to access finance and develop projects directly through accredited national implementing entities and build their own capacity to adapt to climate change).

Over a year EPIU was able to demonstrate capabilities in terms of policies and framework and give adequate evidence of adhering to sound accreditation standards and implementing effective social and environmental safeguards to identify any project risks in advance, prevent any harm and improve the effectiveness and sustainability of results.

As a result, on November 4, 2016 having considered the recommendation of the Accreditation Panel, the Adaptation Fund Board decided:
(a) To accredit EPIU as an NIE under the streamlined accreditation process for a period of five years; and
(b) To entitle the EPIU to submit project and programme proposals to the Adaptation Fund for up to US$ 4 million.

The geographical location of Armenia – a landlocked mountainous country with vulnerable ecosystems – and the country’s need to ensure its national security necessitates the prioritization of climate change adaptation. Studies show that climate change will lead to an upward shift of landscape vertical zones in Armenia. A desert zone will be developed in Armenia and semi-desert zones will grow to 1,700 meters above sea level while currently they stand at 1,500-meter levels. Lower and upper limits of forests will be significantly reduced.

Since Armenia is landlocked, its natural landscapes are more vulnerable to global warming and climate change and at risk to landslides, mudflows, groundwater fluctuations, loss of biodiversity, desertification and abandonment or overuse of lands. Ararat and Armavir Provinces located in the central part of the country and around the capital are particularly vulnerable. All these factors have a direct impact on the socio-economic development of the country, particularly on agriculture, as lands of agricultural importance are less represented in the country.

The upper and lower layers of Armenia’s mountainous forest regions additionally serve as important ecosystems, but are also vulnerable to climate change and have urgent natural landscape adaptation needs.

Specially protected natural areas play important roles in the country as essential climate adaptation activities for stabilizing the biosphere. Stabilization the conditions for the existence of biodiversity of these layers and at the same time extending coastal layers of rivers and lakes, as well as soil protection layers of agricultural lands will raise landscape resistance and will reduce the impact of adverse factors affecting the loss of biodiversity. The improvement of management procedures of these areas will have significant importance both in those areas and in adjacent areas to provide stability of biodiversity habitats. This will create an opportunity to develop ecotourism and recreational environments, which will also lead to Armenia’s socio-economic development.

Currently two project concepts have been developed and submitted to the Adaptation Fund, namely:

EPIU is now in the process of reviewing and resubmitting the concepts to the Fund for review. EPIU on behalf of the Republic of Armenia is sure that the cooperation with the Adaptation FUnd will continue for a long time and as a result the country will be able to solve the environmental issues that Armenia is facing today.