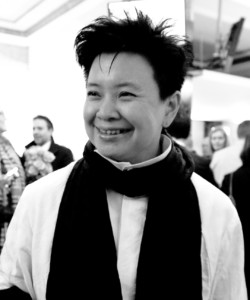 The risks of climate change for Indonesia’s population are high, particularly in coastal areas with low socio-economic capacity. Many poor communities often do not have adequate resources to find innovative solutions and alternative livelihoods to sea-level rise, higher tides and extreme weather.

Java’s northern coast repeatedly suffers from adverse climate change impacts. Sea level rise in this region is between 6-10 millimeters a year. High population density and rapid urban development has made Pekalongan City, located on the northern coast of Java, highly vulnerable to climate change impacts compared to other cities. In 2050, the maximum water level inundation could reach 135 centimeters, affecting up to 1,295 hectares (ha) of residential area, 507 ha of paddy fields and 230 ha of wetlands and fish ponds. This represents 51 percent of the city’s administrative jurisdiction, with Pekalongan Utara sub-district experiencing the most severe impacts.

Accreditation to the Adaptation Fund as a National Implementing Entity for the Partnership for Governance Reform in Indonesia (Kemitraan) opens opportunities for Indonesia’s entities to play a pivotal role in providing much-needed support to Indonesia’s local communities to adapt to climate change and improve livelihoods. The first project (proposal being developed for approval) involves vulnerable communities in nine Pekalongan Utara villages on the northern coast of Java. Communities will be in the driver’s seat leading the way for this project in climate risk assessment, adaptation strategy, livelihood strategy development and adaptation implementation in their own villages, based on local wisdom.

Beneficiaries will include 9,300 flood-prone households, including 13,700 fishermen and farmers. As women constitute half of the population, women-headed households would also benefit from the project. The project will also enhance local government capacities in mainstreaming climate change adaptation and resilience strategy into development planning to ensure that benefits sustain well beyond the life of the project.