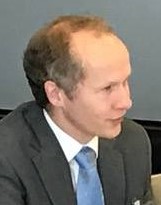 It is an honor to serve as the Chair of the Adaptation Fund Board for this important milestone year in which the Fund commemorates 10 years of pioneering innovative climate finance, delivering concrete adaptation results on the ground and sharing lessons and best practices.

As we commemorate the 10th anniversary of the launching of the Fund’s operations, the Fund has established a clear niche within the global climate finance landscape.

In funding concrete, localized and scalable projects to the most vulnerable communities while building national capacities to adapt to climate change through its pioneering Direct Access modality, the Fund continues to respond effectively to rising climate change impacts and urgent adaption needs that disproportionately affect developing countries.

Although the Fund has been delivering results since early on when the Board approved its first two projects in 2010 in Honduras and Senegal and has steadily grown (it is approaching 70 concrete adaptation projects in nearly 55 countries at the time of writing), the Adaptation Fund has gained considerable momentum and widening appreciation for its valuable work over the last two years through the landmark Paris Agreement in 2015 and the subsequent 22nd Session of the Conference of Parties in Morocco in 2016. Further, just this July at the Hamburg summit the G20 also stressed support for national adaptation action and recognized efforts promoted by the Adaptation Fund.

In Paris, parties agreed to enhance international support to developing countries for adaptation, while deciding the Fund may serve the Paris Agreement. That was strengthened in Marrakech when the Fund surpassed its yearly resource mobilization goals and country parties agreed the Fund “should” serve the Agreement. Preparatory work is underway to make this a reality we hope in the very near term.

The Fund is nimble and quick to adapt to countries’ adaptation needs, and the results show. —Michael Kracth, Adaptation Fund Board Chair

As we embark on COP23 in my home country of Germany— one of the progressive international fronts in tackling climate change both at home and abroad and a strong contributor to the Adaptation Fund to help address priorities and needs of many developing countries—the focus now is on implementing the Paris Agreement and accelerating climate action.

As evidenced by its concrete actions in delivering tangible projects to help the most vulnerable communities around the world adapt to growing sea level rise, floods, droughts, and food and water security risks, the Adaptation Fund is already contributing to this integral global effort.

Its pioneering Direct Access modality is building national capacities to adapt to climate change from within. The Fund now has 25 national implementing entities (NIEs) under Direct Access with the capability to access Fund resources and design localized projects directly, and another
18 multilateral and regional entities capable of designing projects in any eligible developing country.

Many NIEs have since been fast-tracked to accreditation with other climate funds, leveraging their experiences with the Adaptation Fund to access further needed resources. Several trailblazing Fund projects have also been scaled up or replicated in other vulnerable communities by larger climate funds. Not only has the Fund pioneered Direct Access, it has adopted several other innovative policies. Among them are its progressive Environmental and Social Policy, which promotes human rights, gender equality and conservation principles in Fund projects, and its alternative Streamlined Accreditation Process for smaller entities—many of which would likely not be able to access climate finance otherwise.

The Fund is nimble and quick to adapt to countries’ adaptation needs, and the results show. The first phase of an Independent Evaluation in 2015 demonstrated the Fund to be a great value for the money, effective, relevant and a thought leader that innovates, learns and shares its experiences. It is
also highly transparent and country-driven, with a network of NGOs and local stakeholders that invest their expertise to enhance Fund projects.

As a result, the Fund is in high demand. The Board approved a record US$ 60.3 million in new project funding in March 2017, and received another record US$ 219.4 million in new funding requests for the Board meeting in October 2017. To meet this rising demand, the Adaptation Fund strives to
tap public, private and innovative sources of international climate finance. In its early years, it thrived under an innovative market platform to receive a share of Certified Emission Reduction (CER) credits from the UNFCCC Clean Development Mechanism. Since the carbon market dropped in 2011–2012, the Fund has relied mostly on generous public contributions. In the coming years, government contributions will continue to be pivotal but the Fund may also have an opportunity through the Paris Agreement to leverage its experience in carbon markets. A medium term strategy being developed by the Fund further emphasizes its strong focus on ‘action, innovation and learning’ to enhance adaptive capacities and resilience while reducing vulnerabilities.

So, the Adaptation Fund will continue to lead the way through its innovations and concrete actions to help many more vulnerable communities in developing countries adapt and build resilience to climate change.