Community Adaptation for Forest-Food Based Management in Saddang Watershed Ecosystem 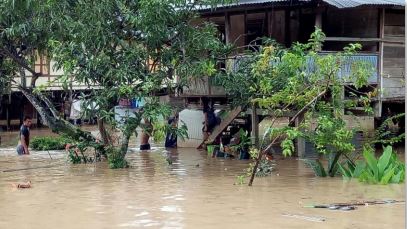 These disasters resulted in about 66% of decrease in food productivity of the commodities of rice crops. The productivity of agricultural and plantation products also decreased due to the decreasing of land carrying capacity and high level of critical land in the area of Saddang Watershed. Temperature increases in future projections will aggravate environmental conditions due to climate change such as causing the extinction of some species of wildlife and plants, increasing the frequency of floods and droughts, and decreasing food productivity in both local and regional scales.

In line with the main objectives of Indonesia’s 2014 Climate Change Adaptation National Action Plan (RAN – API), through a series of interventions from this project will be able to increase resilience to climate change impacts both in food security through the development of forest food and food diversification, as well as ecosystem resilience through enhancement of forest cover quality in the Priority Watershed, as well as resilience through integrated coastal management.

The main objective of this program is to increase resilience to food security of the community of Saddang Watershed ecosystem as an effort to adapt to climate change that focuses on:

1) Strengthened Social Forestry in encouraging forest food in the upstream of Saddang Watershed which has implications for the improvement of the environment and the increase of people’s income;