The Adaptation Fund has strengthened SANBI’s experiences in building local and organizational capacities to adapt to climate change impacts. SANBI is South Africa’s National Implementing Entity to the Adaptation Fund, with two projects under implementation:

Through implementation of the projects, SANBI has learned valuable and rewarding lessons regarding unlocking pathways for climate change adaptation finance in South Africa. 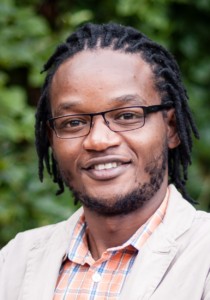 The “Taking adaptation to the ground” Small Grants Facility (SGF) project has supported local organizations to identify and respond to climate-driven impacts that have negatively affected their settlements, agricultural practices and livelihoods. The project has and continues to provide training in project development, implementation, reporting on safeguards risk assessment and monitoring and evaluation tools. To date, the project has approved nine small grants projects across two District Municipalities. These will provide concrete tangible benefits to about 2,488 direct beneficiaries.

Some beneficiaries can be found in the community of Suid Bokkeveld in Nieuwoudtville, where Katriena Fortuin has had difficulties with household water scarcity. She could not water her plants and also have enough water for her domestic use. The change in rainfall patterns, seasonal shifts and drought have exacerbated Katriena’s water problems. Through the SGF project, Katriena has been among beneficiaries who have installed water harvesting infrastructure for her domestic use. The project made a significant difference in Katriena’s life and family because she now harvests rainwater that is also used for her home garden. 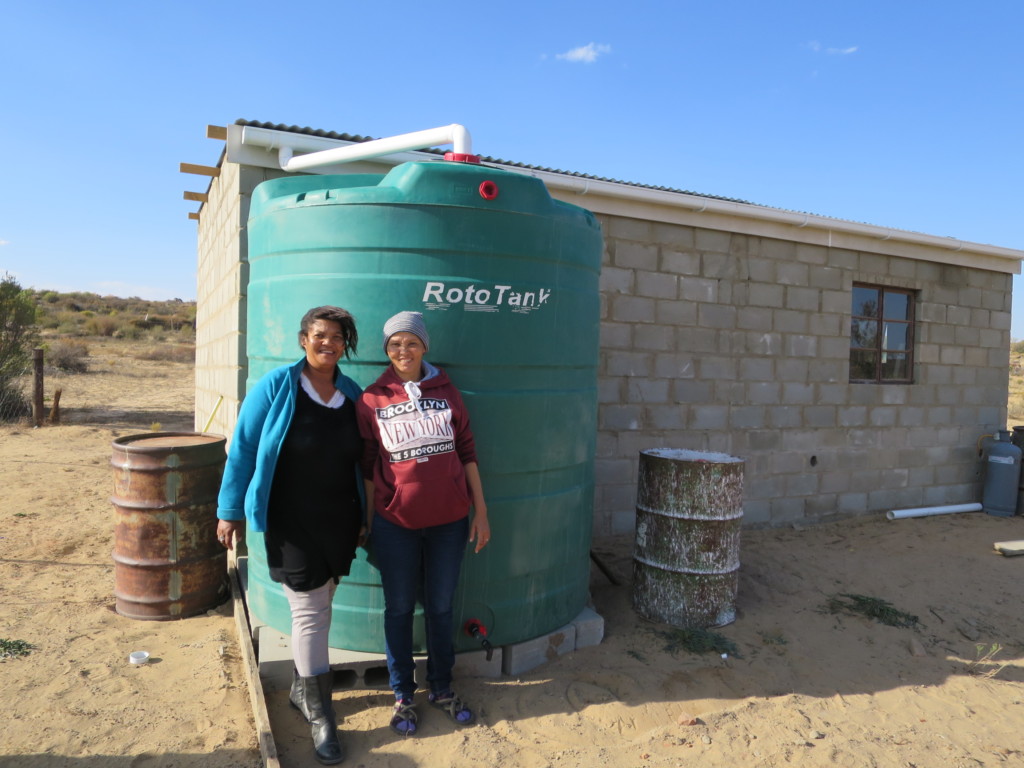 Meanwhile, Katrina Schwartz, a livestock farmer who has been involved in the Savings and Credit Groups (SCGs) initiated by Save Act in the village of Leliefontein on the Northern Cape, has been impacted by climate change through the loss of her livestock due to heat stress. Through the SCGs and the Small Grant project, Katrina has diversified her source of income through savings and now has more disposable cash to improve her livelihood and become more resilient to climate change. 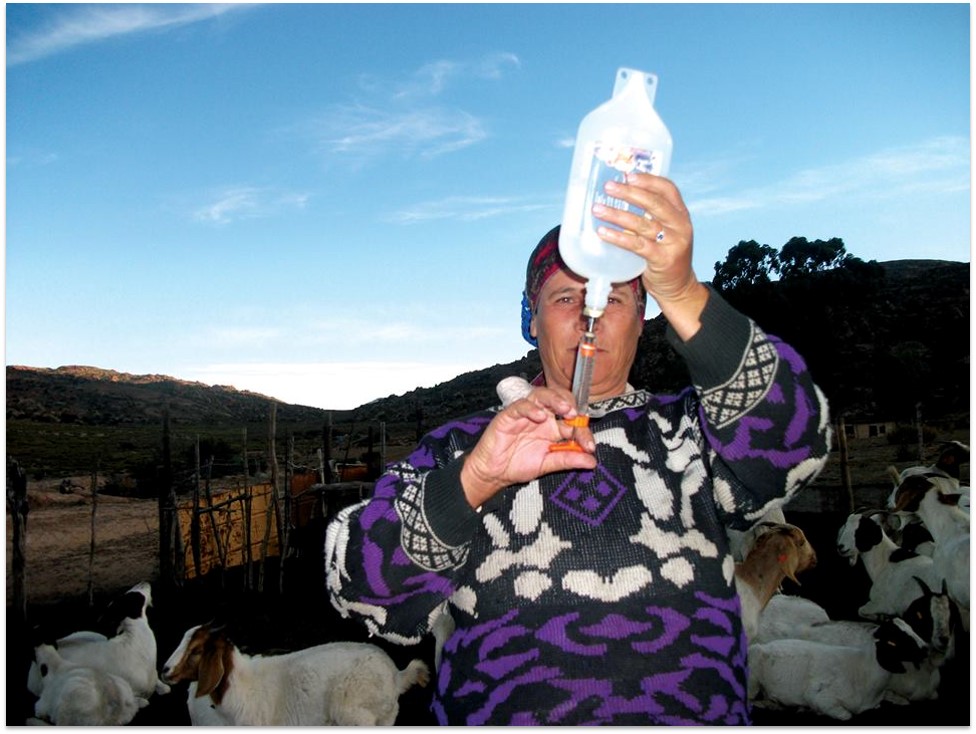 Katrina Schwartz is a livestock farmer who has been involved in the Savings and Credit Groups (SCG’s) initiated by Save Act in the village of Leliefontein, Northern Cape, South Africa. Photo by Rouchette Daniels, Conservation South Africa.

Through the implementation of the ‘Building resilience in the greater uMngeni catchment’ project, rural subsistence farmers in Swayimane have started benefiting from the project’s agricultural component. Most of the farmers in the region depend on maize, beans, sweet potato, green pepper and “Amadube” (taro) small-scale farming. The farmers have been supported to implement climate smart agricultural techniques, which have resulted in the increase in food and livelihood production.

Experiences among uMngeni Resilience Project beneficiaries are reflected in small farmers like Mrs. Xaba, who has endured changes in rainfall patterns that have made it very hard to identify suitable dates for the maize growing season in Swayimane.   But through the uMngeni Resilience Project interventions, she has gained useful knowledge on future weather patterns, which have informed her maize planting dates. Advice from the agricultural extension officers on rainfall patterns protected her crops from being washed away by heavy rainfall. This has increased her maize yields and income generation produced from selling surplus yields.

The changing rainfall patterns have similarly affected Mr. Joseph Ncube, who has learned through the project of the opportunities provided in night mist to help grow his crops. Through interacting closely with the uMngeni Resilience Project team, improvements to his maize and vegetable garden have helped him increase production of both maize and beans. The project has also helped him save money on buying seeds for his vegetable garden. 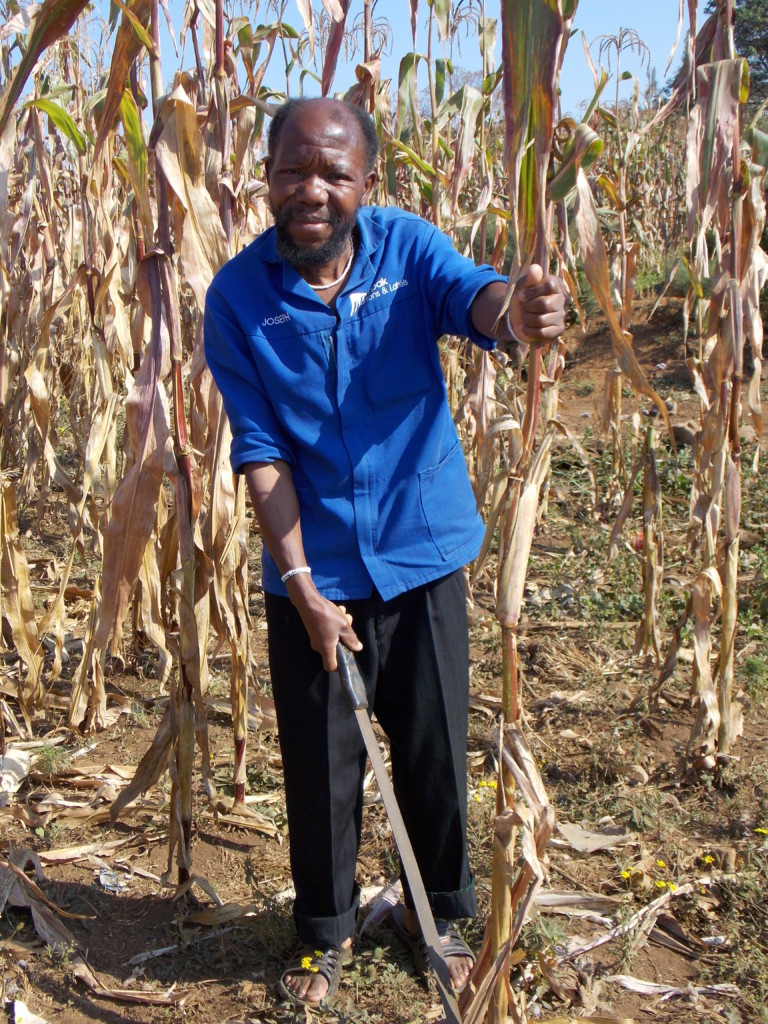 With changing rainfall patterns in Swayimane, Mr Joseph Ncube has learnt of the opportunities provided in night mist to help grow his crops. Through interacting closely with the uMngeni Resilience Project team, his maize and vegetable garden has helped him increase in both maize and beans production. The project has also helped him save money from buying seeds for his vegetable garden.

The projects that have been supported by the Adaptation Fund have significantly increased country ownership of the climate change agenda in South Africa from national, district and local levels through its bottom up project identification, design and implementation approach.

SANBI is very grateful to the Adaptation Fund for the opportunity to partner with it, and for the support that has been provided to grow SANBI’s institutional and technical capacity to administer funding for climate change adaptation interventions.