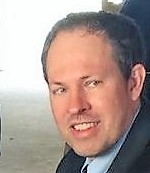 The initial main funding stream for the Adaptation Fund based on selling carbon credits for adaptation may have slowed in recent years due to the global drop in carbon prices, but the system established by the Fund to operate it remains an example of its ability to innovate and establish models that didn’t exist before.

The roots of the program were planted 10 years ago when the structure of the Fund was established in decisions by the 13th Conference of Parties of the UN Framework Convention on Climate Change (COP13) in Bali, Indonesia. One of those decisions operationalized an earlier decision to earmark a (2%) share of proceeds of Certified Emission Reductions (CERs), issued for the Kyoto Protocol’s Clean Development Mechanism (CDM) projects, to serve as a base funding source for the Fund. The CDM allows emission-reducing projects in developing countries to earn CER credits equal to one ton of carbon to be traded, sold, or used by developed countries under the Kyoto Protocol to meet reduction targets.

Since the Fund was created to finance adaptation projects in developing countries that are particularly vulnerable to the adverse effects of climate change, the idea was that CERs could help these countries meet the costs of adaptation through the Fund.

However, it took creativity and determination to set up the Adaptation Fund CER system. Since it was breaking new ground, the Fund had to start from scratch. The task fell to the World Bank, which had been chosen to serve as the Fund’s trustee, and specifically the Bank’s Treasury Capital Markets Department—whose day job was to issue Bank bonds. “Essentially a group of bond traders were being asked to trade carbon,” recalls Robert Hunt, who served on the original World Bank treasury staff from 2008-2012 that developed the infrastructure for selling CERs for the Adaptation Fund. “Although the World Bank is one of the pioneers in funding carbon (reduction) projects, no one at the Bank had ever traded carbon.”

It took several major steps to get the program rolling. “The key was educating ourselves on how to trade carbon, the logistics of selling carbon credits and moving them to buyers,” Hunt advised.

Hunt said the group received invaluable assistance from the Bank’s carbon units in helping to understand what carbon was and its place as a new asset class. To learn how to trade it, the treasury staff approached their major bond dealer contacts to introduce them to their carbon departments and eventually selected eight carbon dealers to work with. “After a series of meetings, we eventually learned who the key carbon dealers were, which the best carbon exchange was, how to set up a registry to hold the carbon and effectively how to trade carbon,” said Hunt. “In addition to helping to educate us, most of these eventually ended up being one of our eight dealers.”

Since carbon credits are held by national registries instead of banks, an Adaptation Fund Registry was opened in Switzerland to hold the carbon credits. Through an interview process, Hunt and his colleagues also opted for a Paris-based carbon exchange among several that were available at the time.

They set up a transparent system with both a front office for trading and a settlement back office to ensure that CERs would be moved properly and on time when trades were completed. This system safeguarded against trade failures and also protected the integrity of the program by preventing proceeds from being delivered to any personal bank accounts.

“The strategy turned out to be very successful, and during my period we added an estimated $5 million in added value over the benchmark,” Hunt advised.

Once the program was established Hunt and a junior trader based in the Bank’s Paris office performed nearly all of the trading, using three methods to sell CERs. These included selling on a daily basis using the online Paris carbon exchange in which trades were anonymous; conducting larger OTC sales to the eight carbon dealers who acted as intermediaries; and holding a CER auction.

“Following that, it was a matter of implementing; setting up the infrastructure to sell carbon on a daily basis. The entire process took about eight months before we did our first carbon trade,” Hunt said.

Once off the ground in May 2009, the program had a great run through 2012 generating US$ 188 million for the Fund—which is an overwhelming majority of the total US$ 197.8 million generated through the program to date. “I feel the biggest advantage is that it worked well,” said Hunt. “Once the monetization process was up and running, we
consistently were providing funds to the Adaptation Fund, and adding extra value over a benchmark.”

The interest was always high, as well. “During the period I sold carbon, we were constantly approached by carbon dealers and other entities to buy Adaptation Fund CERs,” Hunt said. “The motivation for carbon dealers, besides the commissions, was the positive publicity they received in the carbon press for doing an Adaptation Fund deal. Nondealer entities who approached may have been motivated by altruism to help the Adaptation Fund, but legally we could only sell through the exchange or to an approved dealer we had an agreement with. Normally we would tell the entities to approach one of our dealers. Finding buyers was not an issue and we did not do any advertising other than press releases to the carbon periodicals after our major sales.”

The auction was a perfect example. It was open to all members of the carbon exchange and clear to all that they were buying Adaptation Fund CERs. The auction resulted in completing 200,000 tons of CERs. “The auction generated strong interest, being 6.8 times oversubscribed,” Hunt said. “We would have done more auctions, but soon afterwards the price began to drop.”

Before sales began to dip when the global carbon market dropped out after May 2011, just under 10 million tons were sold through the Fund’s CERs. Although the system continues to run well today, it generates far less income — a modest US$ 1.33 million in 2016 and US$ 730,000 through the first half of 2017 (according to the Adaptation Fund Trust Fund Financial Report prepared by the World Bank). That’s a small slice of the Adaptation Fund’s annual resource mobilization target of US$ 80 million per year the last couple of years. Generous voluntary contributions from developed country governments have been filling the gap for the last several years.

“The biggest challenge, or actually disappointment, was that it could not continue, as the price collapse effectively ended the (sustained high level of) funding from CER sales,” Hunt said.

It has been theorized that the market collapse can be traced to a combination of the limited actual international participation in the Kyoto Protocol’s carbon cap and trade program, the 2008 global economic crisis, sluggish European growth that led to an oversupply of carbon credits and a lack of universal financial safeguards that undermined confidence in exchanges generally.

“The motivation for carbon dealers, besides the commissions, was the positive publicity they received in the carbon press for doing an Adaptation Fund deal.” — Robert Hunt, World Bank treasury staff 2008–2012

That said, the carbon market is down but not completely out, so anything can happen in the future. Hunt thinks things may evolve into smaller carbon markets. “The Kyoto Protocol was trying to create one worldwide carbon market, which failed,” he opined. “The Paris Agreement realizes that carbon markets are growing, but on an individual country or regional basis — fragmented markets. The Paris Accord just verbalizes what had been happening already. I think there is strong hope for carbon markets, but it will be on a fragmented basis.”

One hopeful sign is that the Paris Agreement included a component calling for a nearly identical type of sustainable development mechanism as the Kyoto Protocol’s CDM — to both reduce global emissions and ensure that a share of its proceeds is used, like in the Adaptation Fund, to cover costs to assist developing countries that are particularly vulnerable to the adverse effects of climate change meet the costs of adaptation. It provides an opportunity to utilize the Fund’s experience and expertise with its own CER system, which continues to be fully operational.

“The road to success for the Adaptation Fund CER system is another example of the Fund’s ability and willingness to innovate to meet the needs of the vulnerable populations it serves,” said Mikko Ollikainen, Manager of the Adaptation Fund Board Secretariat. “The Fund created a new model that is still operational today and provides valuable experiences that could potentially be utilized on a wider scale going forward.”