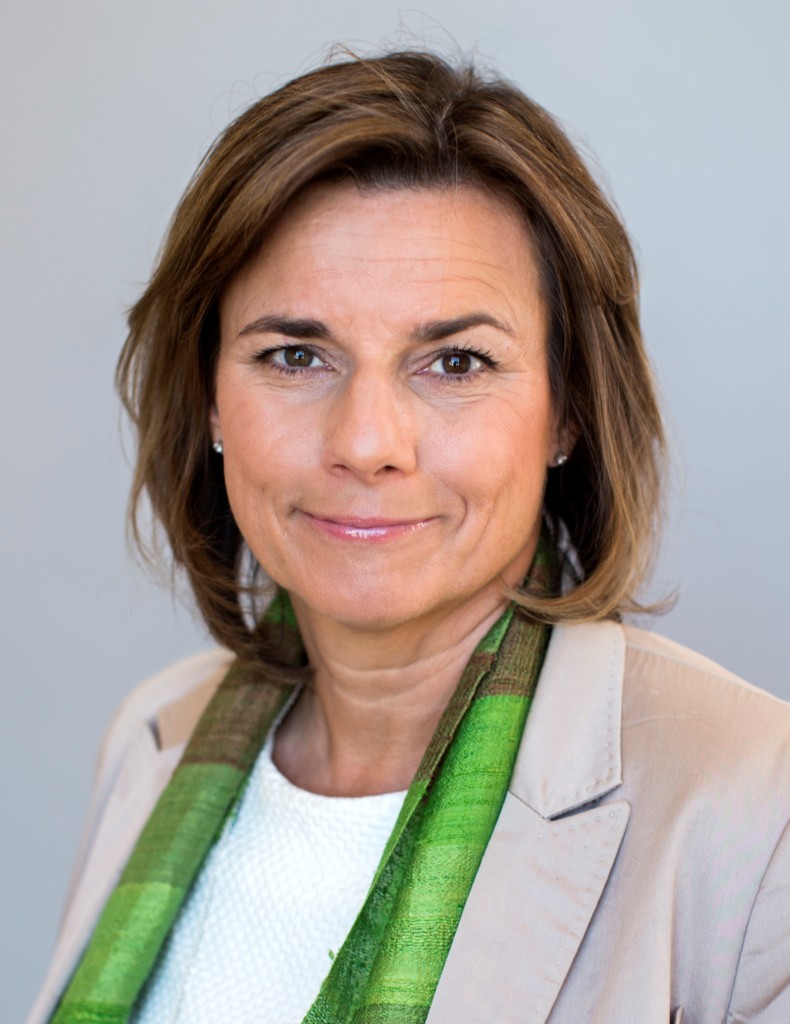 Climate change is the defining issue of our time. It poses a serious threat that risks undermining decades of development progress around the world. The Swedish Government has made combating climate change a top priority. We believe that the challenges we face require collective responses and action, both at home and abroad.

Sweden aims to become the world’s first fossil-free welfare nation. Climate change adaptation has long been high on our international development cooperation agenda—through the Swedish International Development Cooperation Agency (Sida), multilateral development cooperation and, in particular, through our long-standing support to the Adaptation Fund. I am proud of Sweden’s investments in developing countries and future generations. Sweden also encourages other donors to live up to the commitments made in Paris.

The Adaptation Fund plays an important role in the international climate finance architecture. By enhancing vulnerable countries’ access to small-scale adaptation finance and spearheading the direct access modality, it has contributed to building resilience, institutional capacity and country ownership. This innovative way of working has also proved valuable for the Green Climate Fund, which has been able to build on the work of the Adaptation Fund and fasttrack the accreditation of a number of national and regional implementing entities.

In addition to protecting against the devastating effects of climate change, adaptation actions offer many opportunities to advance quality of life, improve livelihoods for vulnerable communities and enhance the resilience of life-supporting natural systems. This is particularly evident in community- and ecosystem-based adaptation. While a cement barrier may in some cases be an effective flood prevention measure, other measures such as planting mangroves provide not only storm protection but valuable co-benefits such as climate change mitigation, improved fisheries and protection of biodiversity. Such positive synergies should be promoted whenever possible.

For Sweden’s feminist Government, gender equality is at the core of effective interventions and sustainable development. The Adaptation Fund has made systematic efforts to mainstream gender into project design and implementation, and we are confident that these efforts will be further enhanced by its newly adopted gender policy and action plan.

Sweden believes that the Adaptation Fund—with its client-oriented approach, swift project review cycle, professional and experienced secretariat staff, and established policies and procedures—is well placed to support concrete adaptation activities and thereby contribute to the implementation of the Paris Agreement.

I look forward to continuing to work closely with the Adaptation Fund and to contributing to its efforts for a more sustainable world. Happy 10th anniversary! 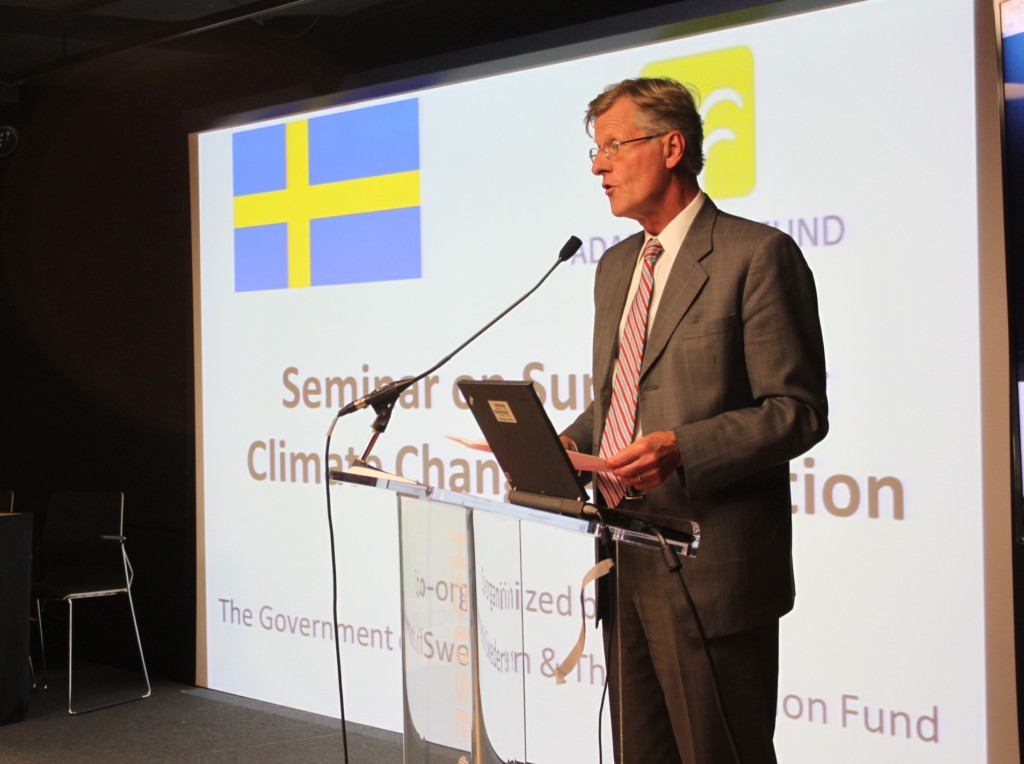 Then-Swedish Ambassador to the U.S., His Excellency Jonas Hafström, speaking at a May 22, 2013 seminar organized by the Adaptation Fund at the House of Sweden in Washington, D.C., which is also the site of the Swedish embassy. The seminar focused on supporting climate change adaptation.