Marks 50th Implementing Entity to be Accredited by the Fund

Washington, D.C. (May 7, 2020) — The Adaptation Fund expanded access to climate finance and its growing community of national implementing entities (NIEs) with the Board’s accreditation of FIRCA in Côte d’Ivoire at the end of April.

The Adaptation Fund Board approved the accreditation through a virtual intersessional decision. It marks the 32nd country to gain accreditation for an NIE through the Fund’s pioneering Direct Access modality, which builds country ownership in adaptation by empowering countries to directly access funding and identify, develop and implement their own projects. The Fund additionally has 18 multilateral and regional implementing entities, for a total of 50 implementing entities that are now implementing 100 concrete projects on the ground.

A well-established financing organization for the agriculture sector in Côte d’Ivoire, FIRCA (Fonds Interprofessionnel pour la Recherche et le Conseil Agricoles) has played a key role in the progress of the sector which serves as the primary economic base and provider of livelihoods for the country. The sector has been severely impacted by climate change, which has impacted production, subsistence and living conditions of vulnerable local populations. FIRCA has implemented several climate-resilient production, water control and food security initiatives such as developing the cassava and market garden sectors, and the new accreditation will help further build on and diversify these efforts. 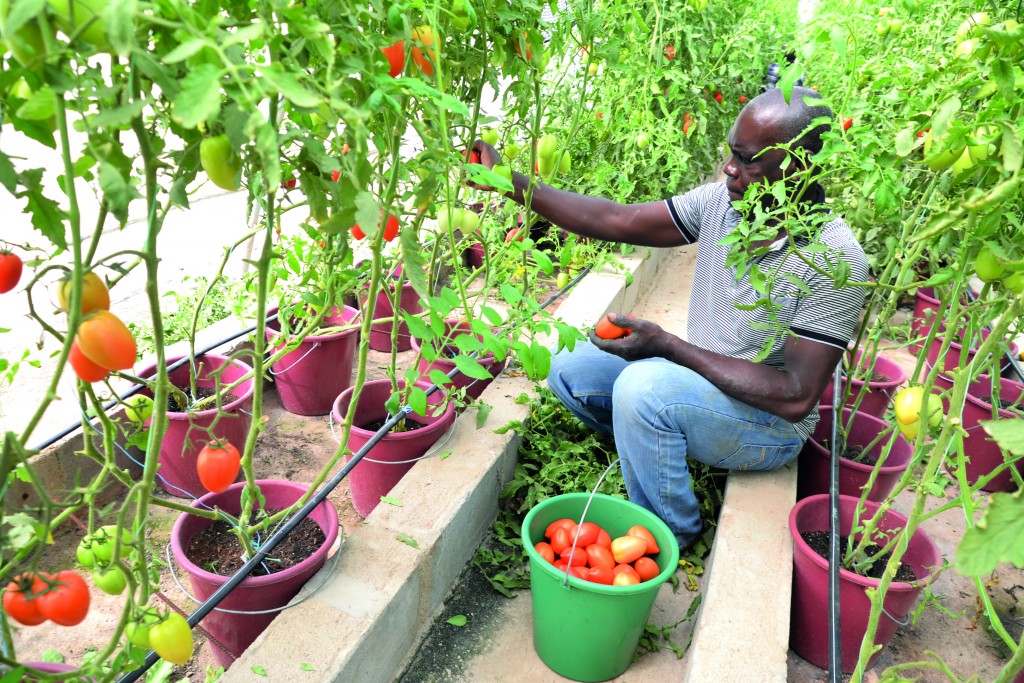 The accreditation process also served to enhance capacity of FIRCA and the country’s response to climate change.

“At the institutional level, it is a mark of confidence and a recognition of good governance as well as a call to continue the efforts to strengthen the management procedures undertaken,” said FIRCA’s Executive Director, Mr. Atsin Yao Léon. “At the level of adaptation-related programmes and projects, this accreditation will strengthen and accelerate the mobilization of financial resources for the implementation of resilience programmes and projects in Côte d’Ivoire, [and at the country level] financing of a significant number of adaptation projects in order to strengthen Côte d’Ivoire’s resilience to the effects of climate change.“

Headquartered in Abidjan, FIRCA supports the development of Côte d’Ivoire’s plant, forestry, animal production and fisheries sectors, through financing programs in technical and economic research, knowledge dissemination, and capacity building. The accreditation process with the Adaptation Fund further built on FIRCA’s capability to identify and develop effective adaptation projects, as well as ensure compliance with the Fund’s fiduciary standards, and environmental, social and gender policies that promote human rights and biodiversity.

FIRCA also benefited from peer support provided by the Adaptation Fund’s NIE in Senegal, Centre de Suivi Ecologique (CSE), through the south-south cooperation (SSC) grant programme — which is an important component of the Climate Finance Readiness Programme of the Fund. CSE was the first NIE to gain accreditation to the Fund in 2010, and has since implemented two concrete adaptation projects supported by the Fund in Senegal, so it brought a wealth of experience to supporting a peer country through the process.

“It was great to see a nearby country in Senegal provide peer support to Côte d’Ivoire through the accreditation process,” said Adaptation Fund Board Chair Mr. Ibila Djibril, of Benin. “Direct Access empowers country ownership in adaptation among the most climate-vulnerable nations, and we see that 13 of the 32 NIEs accredited by the Adaptation Fund now are in Africa.”

“The accreditation of FIRCA also marks a growing community of NIEs under Direct Access that can cultivate effective adaptation activities in the most vulnerable countries by sharing practices and learning from one another,” said Mr. Mikko Ollikainen, Manager of the Fund. “Until now, Côte d’Ivoire has benefited from being part of a regional multi-country adaptation project implemented in the Volta Basin by the World Meteorological Organization with funding from the Adaptation Fund. Now the accreditation of FIRCA enables Côte d’Ivoire to develop its own national projects for consideration by the Fund’s Board.”

The US$ 50,000 SSC grant was approved in December 2017 and launched in 2018 to fund peer support provided by CSE, such as undertaking an initial assessment of entities eligible to seek accreditation with the Fund and providing guidance to the national Designated Authority of Côte d’Ivoire to select FIRCA from among three finalists. A key part of Direct Access is that both the Fund’s accreditation and project development processes are country-led. 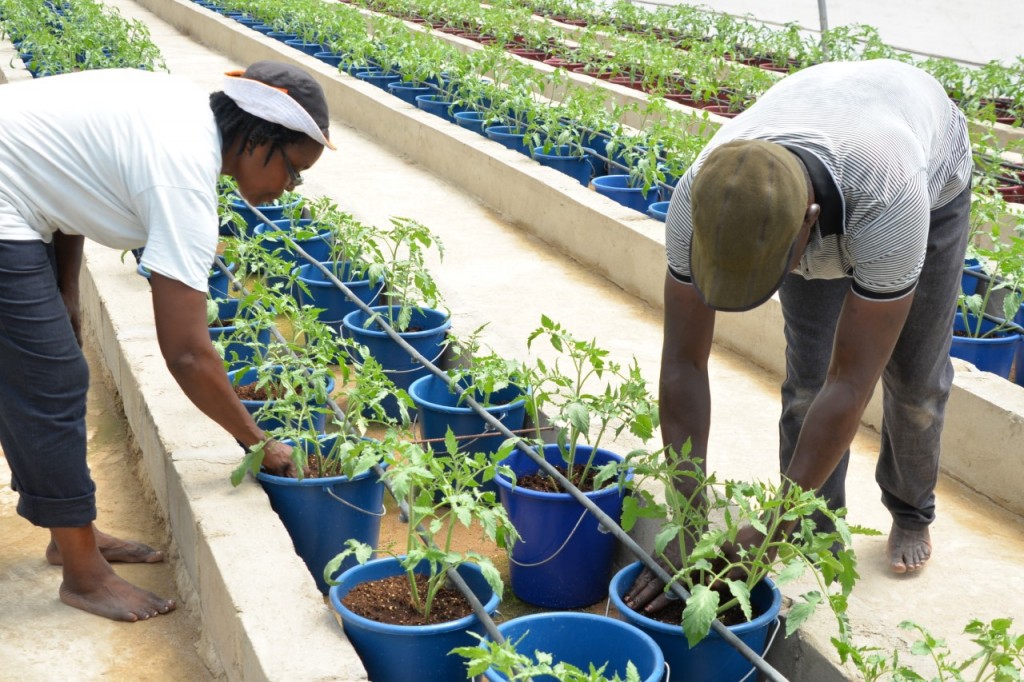 “The south-south grant included travel to Abidjan for a workshop to support the capacity of the country in navigating the accreditation process of the Adaptation Fund, and some remote support providing advice by reviewing documents submitted by FIRCA during its accreditation process,” said Mr. Farayi Madziwa, the Fund’s Readiness Officer.

It marked the third time a new NIE of the Fund has benefited from peer support provided by existing NIEs through the SSC programme. Previously NIEs in Zimbabwe and Niger were  provided guidance from nearby country NIEs (from Kenya and Senegal) through the programme.

Ms. Aïssata Sall, CSE’s Climate Finance Unit Manager, said CSE had the “honor and privilege” of being chosen by the Designated Authority of Côte d’Ivoire to identify and support an institution in the country through the accreditation process. This helped lead to FIRCA submitting its application in March 2019.

“CSE has worked intensively with FIRCA, both remotely and in Abidjan, carrying out a gap assessment and developing and implementing a roadmap to fill the gaps and organize and submit the application. CSE continued to provide guidance and assistance to FIRCA in responding to comments from the AF Secretariat and the Accreditation Panel,” said Sall. “CSE commends the strong commitment of FIRCA’s management, which enabled the timely preparation and submission of the application, as well as the prompt response to subsequent requests for clarification. CSE is proud to see FIRCA achieving its accreditation under this South-South Cooperation programme. This represents a diversification of channels for the delivery of climate finance in Côte d’Ivoire, but also a deepening of the Direct Access modality in Africa.”

Sall added that CSE and FIRCA are already exploring other areas of cooperation, related to their respective mandates. She said CSE wishes FIRCA “every success” in its new mandate as an accredited entity and looks forward to continued collaboration through the Community of Practice of Direct Access Entities — where entities of the Fund and other climate funds share experiences, best practices and lessons in accreditation and project development.

Another positive aspect of gaining accreditation to Direct Access through the Adaptation Fund is that it often leads to pilot projects that can later be scaled up with additional resources, as well as other climate finance opportunities and a stronger position for the country to address its climate change adaptation needs into the future.

“Accreditation is also seen by FIRCA as an accelerator in the process of its accreditation to the Green Climate Fund,” said Léon, adding that the accreditation will make it possible to advance implementation of the country’s nationally determined contributions to the Paris Agreement, as well as country programmes and policies related to adaptation and sustainable development.