An AF project in Lao PDR is bringing access to water to vulnerable villages.

Washington, D.C. (January 13, 2022) — The Adaptation Fund (AF) continued to deliver effective adaptation and resilience projects on the ground for the most vulnerable throughout 2021.

“The Adaptation Fund’s effective projects and innovative finance programs continued to grow rapidly in 2021, with now more than 125 concrete localized projects around the world reaching over 31 million total beneficiaries,” said AF Board Chair Mr. Mattias Broman, of Sweden. “The Fund appreciates its record-setting support received from 16 different contributors in 2021, which will go to helping reach even more vulnerable countries with concrete adaptation solutions.”

Following is a sample of the Fund’s work during the year in various countries across the globe.

Lao PDR is one of the most vulnerable in the world to climate change, extreme weather events and rainfall irregularity, which is impacting physical infrastructure, health and food security. This is exacerbated due to its high dependence on natural resources and low adaptive capacity. The frequency and intensity of climate related hazards such as droughts and floods are expected to increase in the future and most severely hit the poorest areas of the country, so Lao PDR is urgently exploring steps to build its resilience by enhancing its adaptation efforts across sectors – particularly disaster risk reduction.

A project totaling US$ 4.5 million funded by the Adaptation Fund and implemented by UN-Habitat is enhancing climate and disaster resilience across 189 of the most vulnerable human settlements in eight districts of the southern provinces of Attapeu, Sekong, and Saravane (Salavan) by increasing sustainable access to basic infrastructure systems and services, as well as emphasizing resilience to storms, floods, droughts, landslides, and disease outbreaks.

“Before, I used to go twice a day to the river which is 20 minutes away from my village to collect water. I had to walk even more during the dry season. Thanks to the project, now I have water in my own house. I am even able to grow vegetables in my garden,” said Sipaphai Kiuleshai, a resident of Lahang village in Saravane province.

Meanwhile, artisanal fishers in vulnerable coastal areas of Peru are striving to adapt to South Pacific Ocean warming waters and rising seas, as well as potential changes to currents and species migrations due to climate change and overfishing offshore. Due to its nutrient-rich waters, Peru has one of the most productive fisheries in the world. A large portion of the sector is composed of local artisanal fishers, a majority of who live in poverty despite providing the main source of food for many coastal residents.

But change is happening. Through an innovative project funded by the Adaptation Fund and implemented by the Peruvian Trust Fund for National Parks and Protected Areas (Profonanpe environmental fund) and the Peruvian government (Ocean Institute and Ministry of Production), small fishing communities on the northern and southern coasts are building resilience to climate threats by adopting sustainable fishing practices, diversifying livelihoods, enhancing food security and seafood quality while restoring the natural marine ecosystems that they depend on — and raising their incomes in the process. 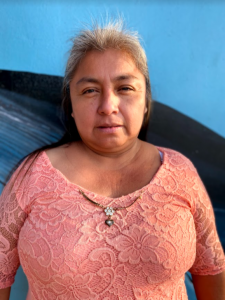 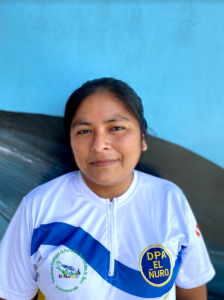 Luz María and Josefa Ruiz, who sell fresh fish in Máncora on the northern coast, acquired greater experience commercializing their products through the project. “We are gaining more experience, knowing more. We feel like family, because we already have a friendship, more trust. We are almost like sisters, because we support each other,” said Josefa.

In another region of the world, subsistence agriculture employs most of the workforce in Uganda and provides livelihoods for 68% of households. The country is also registering high poverty and population growth rates and is experiencing a number of climate change impacts such as landslides and floods. The growing pressure and demand on natural resources for agriculture exacerbates degradation of the ecosystem and weakens resilience of farmlands, as well as sources of income.

Scolastica, a local woman from the Rubanda district

People living in rural areas have a hard life because of climate change effects. For example, Scolastica, a local woman from the Rubanda district, used to spend much time and effort gathering wood to prepare food. She inhaled fumes from firewood, ate cold meals and could have had serious health issues. Thankfully, her life changed after she sat in for the Mukirwa Women’s group training on how to make and use clean cook stoves. These trainings are part of a climate adaptation project titled, “Enhancing Resilience of Communities to Climate Change through Catchment Based Integrated Management of Water and Related Resources in Uganda (EURECCCA)”, which is funded by the      AF and implemented by the Sahara and Sahel Observatory (OSS). The US$ 7.75 million project is aimed at increasing the resilience of communities to the risk of floods and landslides in Awoja, Maziba and Aswa catchments through promoting catchment-based integrated, equitable and sustainable management of water and related resources. It also decreases deforestation and enhances climate resilience in a variety of ways.

“If I start talking about the improved energy saving stove I might not finish because I have received only goodness out of it. It has relieved me from smoke inhalation which might have caused me cancer or eye disease. When I cook millet, I get relief from pouring it on top of the fire. Whenever I am preparing it, I no longer eat cold food. I eat whenever I feel like because the food is always warm, I get food and sauce ready at the same time,” said Scolastica, a local woman from Rubanda district.