Senegalese beaches are vulnerable to climate change, but an AF funded project has helped. (Photo: CSE/AF)

The Adaptation Fund’s pioneering process of ‘direct access’ to funds for climate projects is helping over 30 vulnerable nations, from Costa Rica to Senegal.

In 2010, the Centre de Suivi Ecologique of Senegal (CSE) became the first of its kind to be accredited by the Adaptation Fund under Direct Access. 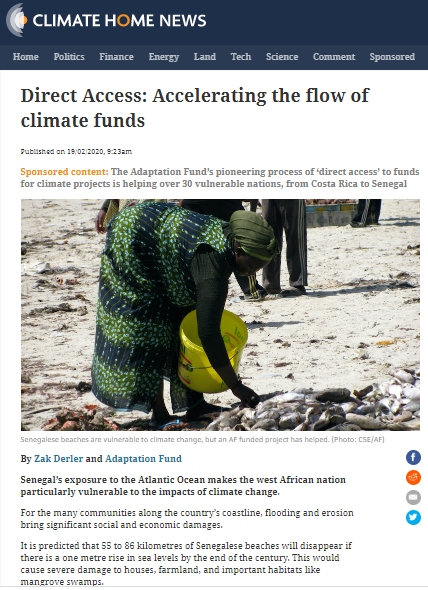 Through Direct Access, national institutions, known as National Implementing Entities (NIE’s), are able to directly access climate finance for adaptation and resilience projects, as well as manage all aspects of a project’s lifespan.