One of the most recognizable and positively-received programs associated with the Adaptation Fund is “Direct Access”.

Direct Access gives developing countries the opportunity to access finance and develop their own adaptation projects directly through country-based national implementing entities (NIEs) accredited with the Fund, while building their own capacity to adapt to climate change along the way. The Adaptation Fund pioneered this innovative climate finance modality, and began accrediting its first NIEs around the globe in 2010.

“Historically, most global emissions that cause climate change are generated by developed countries, yet it’s developing countries that bear the brunt of the impact,” says Mikko Ollikainen, manager of the Adaptation Fund Board Secretariat. “Because of this history, there has been a drive to create a pathway for developing countries to take ownership of their own response to climate change. That’s what the ‘direct access’ modality is all about.”

Through this modality, developing countries can access directly up to US$10 million for adaptation programs, which they manage themselves from project concept to design, implementation and stakeholder engagement throughout. They propose and carry the projects out themselves, while obtaining final Adaptation Fund Board approval for their proposals. The application process is rigorous to ensure the country’s NIE respects fiduciary standards, as well as the Fund’s social and environmental safeguards and gender principles. Although to date the Fund has accredited 25 NIEs for direct access, there are about 150 eligible developing countries (many have not yet nominated or brought NIE applicants forward).

“There is definitely room to expand,” says Ollikainen. “At the same time, each developing country is free to decide for themselves which route they wish to use to access funds for adaptation. Some may not have a national organization that would readily meet the stringent criteria.”

Any eligible country can also pursue an adaptation project through one of the Fund’s 18 multilateral and regional implementing entities, for example.

However, since each NIE is based in the country it serves, the beauty of Direct Access is that it gives the country ownership of addressing climate change, building its own capacity from within, and aligning closely with national priorities. As a way of further opening access to climate finance since 2014, the Fund has also considered applications from smaller NIEs through an individualized “streamlined accreditation process” that takes into account their limited capacities: three NIEs have been accredited to date through this process.

One of the keys to getting Direct Access off the ground several years ago was the inherent collaboration between the Adaptation Fund Board, Secretariat, countries themselves and locally-based stakeholders such as NGOs. This is something that former Adaptation Fund Manager Marcia Levaggi, who served as manager through the Fund’s formative years from 2009-2016, points to.

“The Board placed a lot of trust in me, and the people I hired,” she said. “It was always willing to move forward with our proposals and willing to work together with us. That team— the Board, Secretariat and also our trustee, the World Bank— have all been supportive of us. And the countries, too, from the ground up, once we started accrediting their national implementing agencies. The story continues. I am sure there will be new innovations that the Fund will help advance.”

Emblematic of this successful collaboration is the Fund’s first NIE, Centre de Suivi Ecologique (CSE) of Senegal, which was accredited in 2010 and had its first NIE project approved later that year. The project was very successful in working closely together with affected communities to establish protections against sea level rise and preserve livelihoods, and CSE has since gone on to begin a second coastal management project with the Adaptation Fund in another vulnerable community, while also being fast-tracked to accreditation with the Green Climate Fund.

Michael Kracht, the Chair of the Adaptation Fund Board, also points to collaboration as a key to the success of Direct Access. “The growing community of NIEs is sharing experiences and lessons, and the Board and Secretariat facilitate that very well. Building capacity in national institutions through Direct Access to implement effective adaptation projects in the most vulnerable communities has been an instrumental component of the Fund’s work,” he said. “Projects are transparent and tailor-made, while contributing to capacity building and ownership.”

“Direct access is learning by doing,” adds Ollikainen. “All of the applicants have been involved in climate finance, but the ultimate responsibility has remained with multilateral organizations. Direct access demands a change of mindset—a transition from following someone else’s rules to following your own. It’s also a huge opportunity to build capacity.”

For the Unit for Rural Change (UCAR)—Argentina’s NIE— the process of capacity building began with its application for accreditation with the Fund. “Our projects were already focused on vulnerable people, which is in line with what the Adaptation Fund supports, but we had to incorporate a climate change perspective,” says Laura Abram Alberdi, an environmental scientist with UCAR. “It was a lot of work. It wasn’t easy. But we had all the information we needed to prepare the application.”

UCAR’s executing entity partners that work with them to implement projects on the ground, such as the National Institute for Agricultural Technology (INTA), also had to strengthen their technical knowledge. “Up until a few years ago, climate change was not well understood in Argentina,” says Lucas Di Pietro Paolo, Director of Adaptation to Climate Change for the Argentinean government. “Although it focused on agriculture, INTA had limited practical experience with climate change. They have since learned how simple approaches, like water capture and storage, can make a big difference for low-income families. And they have replicated these technologies in other parts of the country.”

Meanwhile, for the South African National Biodiversity Institute (SANBI), the Adaptation Fund’s NIE for South Africa, capacity building truly began after accreditation. “I caution others that accreditation is only the beginning,” says Mandy Barnett, director of climate change adaptation at SANBI. “A lot has to happen before you can actually implement approved projects.”

However, the pay-off from achieving accreditation and putting in place the infrastructure to develop effective projects can represent a monumental shift toward positive change among the most vulnerable communities within a given country.

Once accredited, SANBI put in place a national steering committee to ensure eventual projects would find broad support across the country. The committee’s representation ranged from key government departments and the presidency to civil society. “Adaptation is a local issue,” Barnett says, “and without that civil society voice we can’t know if our work will be relevant.” 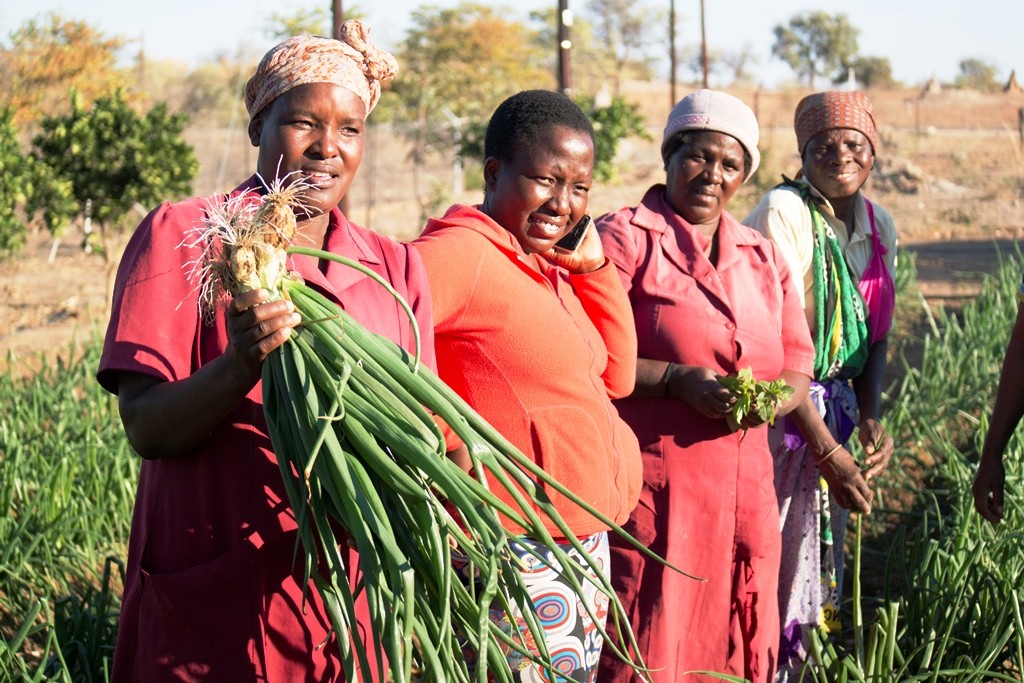 The pilot Community Adaptation Small Grants Facility in South Africa funded by AF and implemented by AF’s accredited National Implementing Entity for South Africa the South African National Biodiversity Institute (SANBI), aims to channel resources to support responses to climate change that are identified and implemented by affected local communities. If approved for implementation, the projects will increase local resilience through the implementation of pragmatic adaptation responses in Mopani. Photo: SANBI

National governments also build adaptive capacity through the accreditation process. “Our government members have commented that they are seeing how to turn policy and strategy into action,” says Barnett. “It is too early to say that SANBI has had a policy influence, but we are starting to see some of what we’ve learned from adaptation—like the need for cross-sectoral, participatory approaches—reflected in government policy development and planning.”

“Direct access is learning by doing. All of the applicants have been involved in climate finance, but the ultimate responsibility has remained with multilateral organizations. Direct access demands a change of mindset—a transition from following someone else’s rules to following your own. It’s also a huge opportunity to build capacity.” — Mikko Ollikainen, Manager of the Adaptation Fund Board Secretariat

Above all, SANBI has engaged local partners in the process, both for its large, US$ 7.5 million project to strengthen resilience of vulnerable communities in the greater uMngeni catchment and for its smaller US$ 2.4 million groundbreaking ‘Enhanced Direct Access’ small grants facility project. The latter project empowers SANBI with further autonomy to identify and fund local adaptation projects within the overall project without having to return to the Board for subsequent approvals. “We found our project development and engagement processes were not straight lines,” says Barnett. “We would have a conversation that would unlock further questions and sets of opportunities. Being in-country, we were much more accessible and available to return to the site many times and respond to those new ideas.” In one community, Barnett says, local officials declared they had learned more about climate change in SANBI’s two-day workshop on disaster management than they had known to date. “It’s very powerful to see that when you do project development in a slow, iterative way, the impact is much more than the linear benefits or the programmed and expected benefits that come out of the projects themselves,” she says.

While they can often be experienced in development, environmental issues, or climate finance, NIEs can vary from banks to government institutions to NGOs, and direct access can add a new layer of credibility to their work.

“When UCAR was accredited,” recalls Abram Alberdi, “we were identified as a new player in climate change policy in Argentina. And we developed new relationships with partners like INTA and key government departments.” 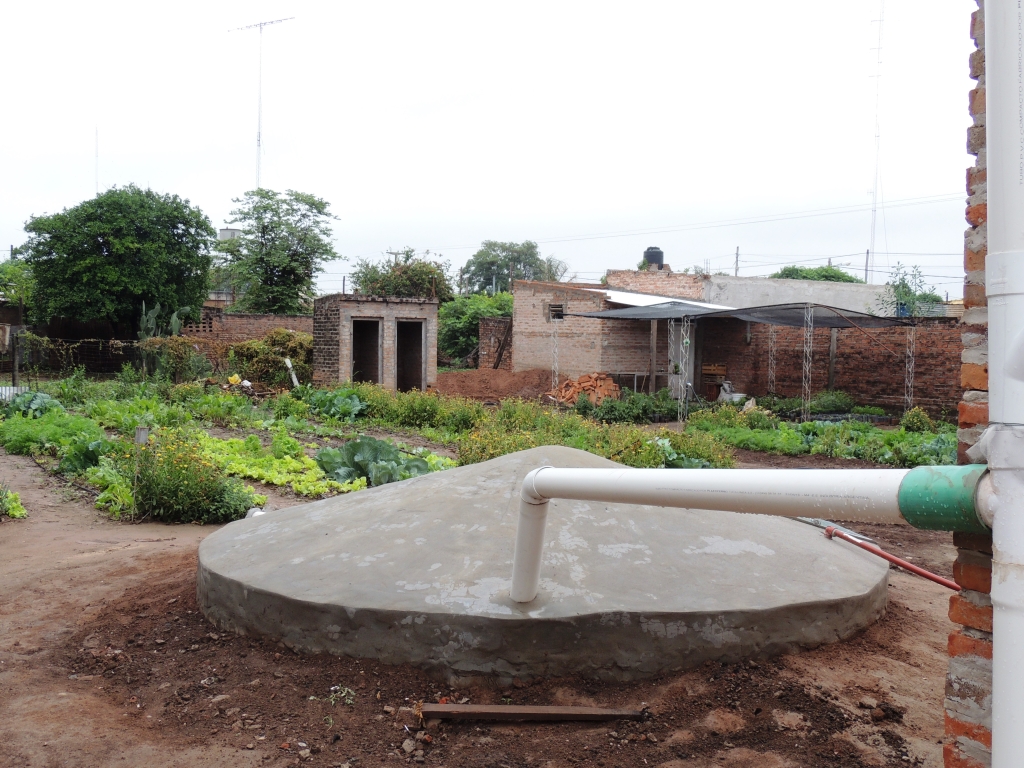 Indeed, apart from developing its own projects for the GCF, UCAR has helped the government’s Adaptation to Climate Change unit develop policy. “We presented our proposed national adaptation plan to the GCF with input from UCAR,” says Di Pietro Paolo, who also represents Latin America and the Caribbean as a member on the Adaptation Fund Board. “We have a strong relationship.”

SANBI has had a similar experience. “The Adaptation Fund has been so trusting of us, and supportive,” says Barnett. “We’ve been able to innovate in a number of ways, and that’s really set the platform for us to be accredited with the GCF, and to start to amplify our work on a much larger scale.”

While the Green Climate Fund has a much larger budget, the Adaptation Fund has shown how even small investments can yield meaningful results. Through its “enhanced direct access” approach, the Adaptation Fund is empowering NIEs to develop and manage an entire program rather than a single project. SANBI’s small grants facility, which to date has nearly 2,500 direct beneficiaries, is the most prominent example of this new approach.

The Adaptation Fund also offers small grants and workshops for accredited NIEs to help their peers achieve accreditation through sharing of lessons learned. “Countries are taking this opportunity and running with it,” says Mikko Ollikainen. “We definitely want them to succeed. That’s our mission, to make this work.”