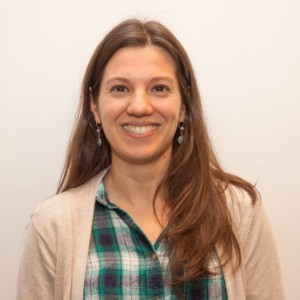 To address a noticeable increase in recent years of frequent and intense floods, droughts and water deficits affecting the lives of Argentina’s small-scale agricultural producers that are predominant in the northeastern part of the country, the Adaptation Fund’s accredited National Implementing Entity for Argentina (the Unit for Rural Change, or UCAR) began to implement the country’s first climate change adaptation project just a few short years ago.

In October 2013, UCAR started the implementation of the 4.5-year project funded by the Adaptation Fund, “Enhancing the adaptive capacity and increasing resilience of small-size agricultural producers of the Northeast of Argentina”.

One of the main challenges consisted in understanding the new role of UCAR as a National Implementing Entity (NIE) of the Fund, along with the responsibility enabled by ‘Direct Access’ to the funding potential that goes with it. [The Adaptation Fund pioneered Direct Access, which gives developing countries the opportunity to access climate finance and develop projects directly through the Fund’s accredited NIEs while building their own capacity to adapt to climate change.] 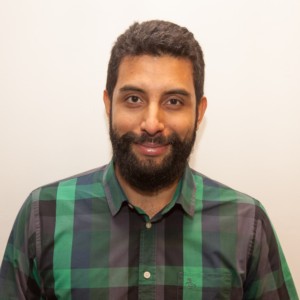 In order to achieve its climate adaptation goals, UCAR’s first milestone was the creation of strategic partnerships within UCAR itself and with a number of executing agencies to help with carrying out the project: the National Institute of Agriculture and Livestock Technology (INTA), Agriculture and Livestock Risk Office (ORA); and National Direction of Climate Change (DNCC).

Establishing a climate change approach among public staff and technicians was another important challenge. Public staff had long experience in the field within agricultural production development, but little practice in the consideration of the climate change approach in the diagnosis and formulation of projects. As a result, important efforts were made to enhance capacities of staff and technicians in this field, as well as to disseminate information regarding activities and achievements of the project.

After four years of project implementation, more than 1,100 families, 10 schools and one orphanage have benefited from access to safe water. As a result, women have improved their quality of life, due to saving roughly four hours a day in the transportation of water. Furthermore, the health of the whole family and the attendance of children at school have also improved. Another 100 additional families and two schools benefited from livestock and improved agricultural practices. The project also implemented a Pilot Insurance for Greenhouse Horticulture program aimed at smallholders in the Province of Corrientes. This benefited more than 580 families during the first stage, and another 660 families this year. It was an innovation for the country and a success verified by the high acceptance rate of the product among reinsurance companies.

Another major achievement is the development of improved agro-climatic information systems for decision-making through the increased placement and density within the community of agro meteorological stations, along with the integration of existing climate information networks among public and private institutions.

The use of national technologies that are appropriate for the territory, and the focus on capacity-building among beneficiaries and public staff ensure the sustainability and replicability of the project. As a result of direct access, UCAR, public staff and technicians from the participating institutions have gained experience, learned significant lessons and created strategic alliances. Thus, important capacities have been strengthened to continue working and implementing projects in adaptation and mitigation to climate change. 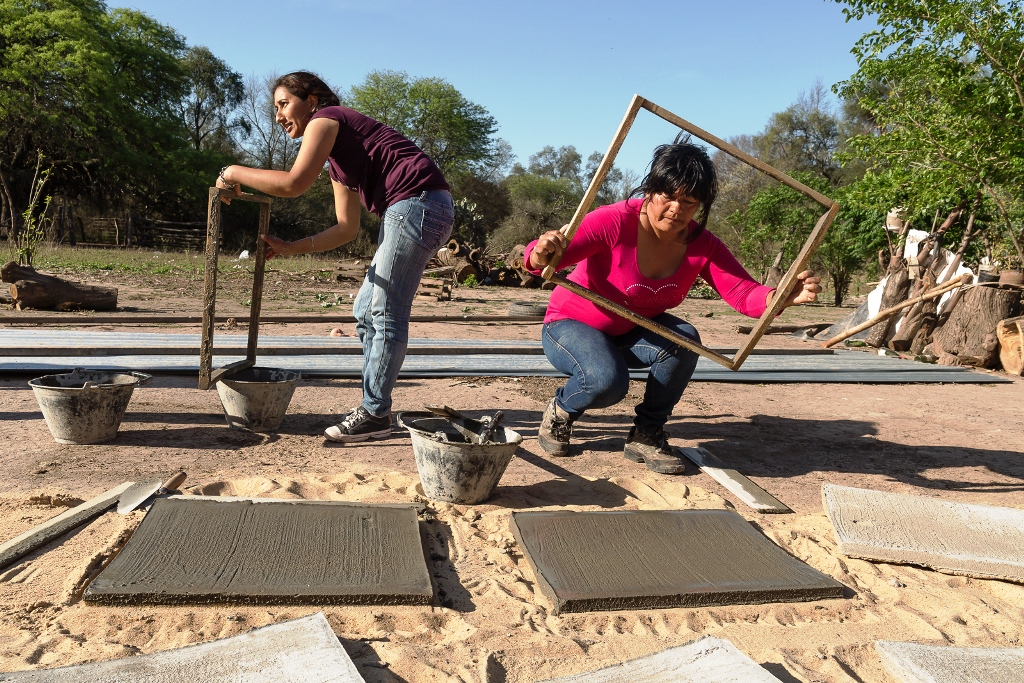 Beneficiaries of the project located in the province of Chaco, in the middle of construction of a 16,000-liter cistern for capturing rainwater. Photos: Rodrigo Alonso, Unidad para el Cambio Rural (Ministerio de Agroindustria) 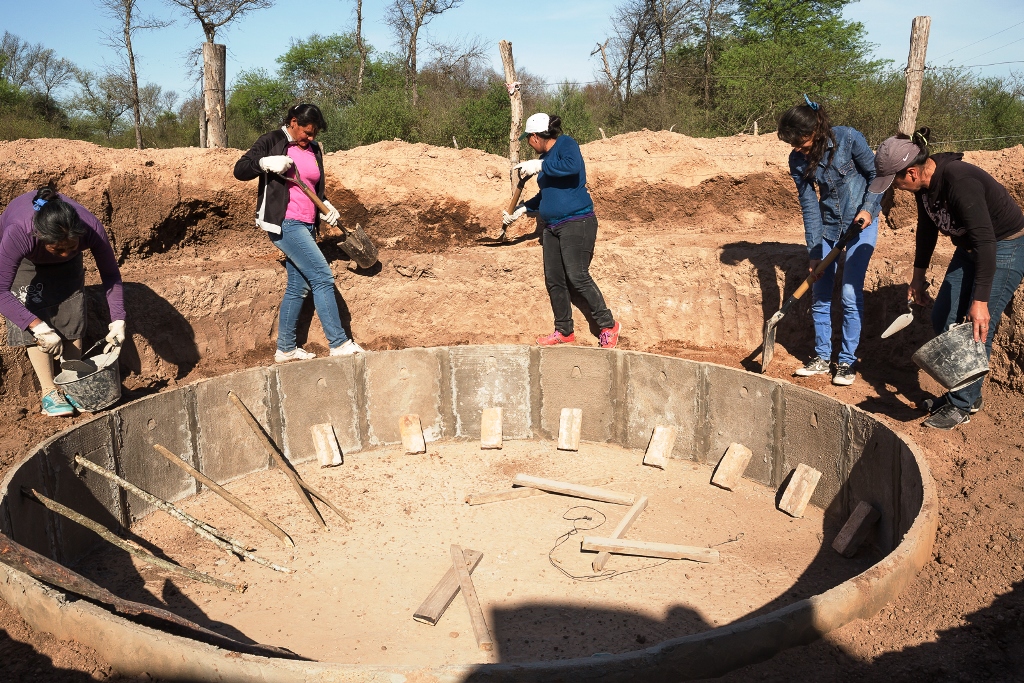