Saint John’s, Antigua and Barbuda (August 6, 2019) — The Adaptation Fund is convening its 6th Annual Climate Finance Readiness Seminar this week, August 5-9, bringing together more than 20 of its national implementing entities (NIEs) from across the globe to Antigua to share experiences and lessons learned through its adaptation projects on the ground.

This year’s seminar is co-hosted by the Fund’s accredited NIE in the country, the Department of Environment (DoE).

The location for the seminar is fitting, in that Antigua and Barbuda is a small island developing state (SIDS) that is particularly vulnerable to climate change, extreme rainfall, sea level rise and intense storms. Hurricane Irma devastated Barbuda in September 2017, destroying most properties and making daily life extremely challenging for the approximately 2,000 people inhabiting the small Caribbean island.

Given such disaster risks the Adaptation Fund also funds a nearly US$ 10 million climate change adaptation project in Antigua and Barbuda implemented by DoE, which is designed to help the most vulnerable communities in Antigua’s northwest coastal McKinnon’s watershed become more resilient to flooding, hurricanes, and higher temperatures. The project is implementing drainage systems, retention ponds and wetlands restoration while providing concessional loans to densely populated urban low-income residents to climate-proof their homes and businesses, as well as grants to community groups to develop climate-resilient buildings and storm shelters.

In addition to participating in interactive sessions throughout the five-day seminar, attendees will visit a few of these project sites.

The seminar is focusing on the themes of gender and innovation in adaptation, and will assume an interactive approach that involves NIEs directly in sharing their knowledge and experiences with peers and interacting with Adaptation Fund Board Secretariat staff and experts.

A majority of the Fund’s 31 NIEs are attending, including some of the Fund’s newest accredited NIEs. All NIEs are part of the Fund’s pioneering Direct Access modality, which empowers developing countries to access funds and develop projects directly through the Fund while building country ownership in adaptation and programming of climate finance.

“The Adaptation Fund is excited to co-host this important event with our national implementing entity in Antigua and Barbuda, which is a vulnerable small island developing state on the front lines of climate change,” said Adaptation Fund Board Chair Ms. Sylviane Bilgischer. “This is further an excellent opportunity for so many of our national partners across the world to come together to share experiences from the ground level and enhance best practices in climate change adaptation.”

The seminar will include a robust capacity development component on gender focused on the Fund’s gender policy and action plan that empowers women and men with equal access to Fund resources in projects. It will include panel discussions on NIE experiences, challenges and knowledge on gender considerations at each stage of the project life cycle — from project development to monitoring and evaluation.

The first ever ‘Innovation Day’ will also be held during the seminar to share experiences and explore innovation in adaptation, in collaboration with Climate KiC, an international organization dedicated to innovation to address climate change. 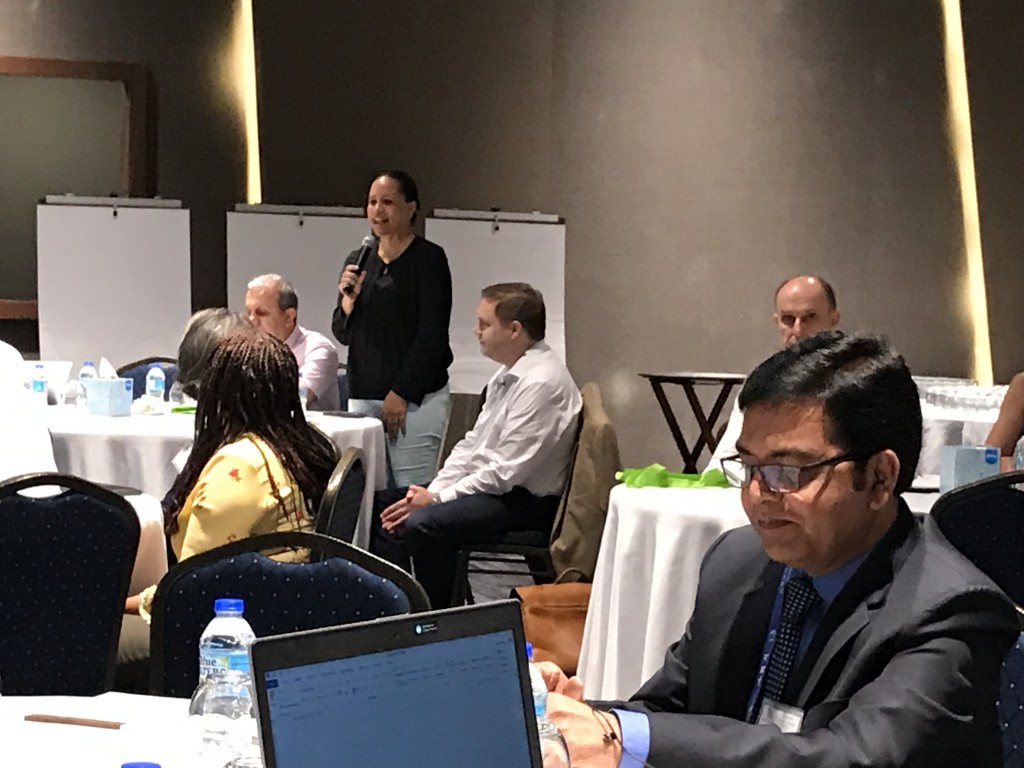 The Adaptation Fund continues  to provide new and innovative specialized options for accessing grant-based funding, launching three new funding windows for project scale-up, innovation, and learning last December as part of its Medium-Term Strategy focused on the three pillars of Action, Innovation, and Learning and Sharing.  The grants, which will also be discussed at the seminar, contribute to implementing the strategy to respond to the urgency of climate change by accelerating and enhancing the quality of adaptation actions in developing countries, scaling up innovative and quality projects, and disseminating knowledge of effective Fund actions. The grants are available to NIEs in addition to their regular funding channels. The Fund also plans to offer additional innovation grants later this year for countries that do not have NIEs, through an ‘innovation facility’ that will encourage, accelerate and foster innovation in adaptation – including through the private sector.

Other areas that will be discussed during the seminar include the Fund’s project components that address knowledge management; NIE experiences with scaling up Fund projects; and the Fund’s Technical Evaluation Reference Group (AF-TERG) which has been newly established to carry out independent evaluation functions. The meeting also serves to further learning through the NIE Community of Practice.

“The Adaptation Fund has been conducting these global Direct Access seminars annually for several years now, and they serve as a great way to enhance the community of practice of our national implementing entities, which ultimately enhances and furthers urgently needed adaptation actions across the globe,” said Adaptation Fund Manager Mr. Mikko Ollikainen.

Momentum for the Fund’s work has continued to rise.

It is experiencing unprecedented demand, with a record US$ 268 million in new proposals received for its last Board meeting in March, which broke the previous record set at the immediately-preceding Board meeting in October 2018. The Fund’s Board has approved more than US$ 125 million in new projects this year so far, and accredited three new NIEs in Uganda, Zimbabwe and Tuvalu enhancing access to climate finance to the most vulnerable countries.

The Board also held an Additional Meeting at the end of June this year, in which it advanced the necessary procedural arrangements of the Fund to ensure it continues seamlessly to comply with the last UNFCCC Conference of Parties’ landmark decision, taken in December 2018 in Katowice, Poland, to serve the Paris Agreement, as of January 1st, 2019. The process that led to the decision recognized the Fund’s valuable role in funding concrete adaptation projects for the most vulnerable and its pioneering Direct Access modality that builds country ownership in adaptation.