The Adaptation Fund embarks on the new year with a busy and exciting calendar after a successful 2019, which concluded on a positive note with a record 11 contributors raising nearly US$ 90 million in new pledges for the Fund. Further, the Fund solidified its institutional arrangements to help serve the Paris Agreement smoothly.

The Fund continued to receive record numbers of requests for its work from developing countries throughout the year as the urgency of climate change increases, including US$ 268 million across 40 proposals in February. The Board approved a record US$ 188 million in new projects during the year, further reflecting the increased demand.

As a response, the Fund continues to innovate growing its pioneering Direct Access modality that fosters country ownership in climate finance and bringing forward new opportunities to vulnerable countries through its Medium-Term Strategy. These include new learning opportunities such as e-learning programs to enhance access to climate finance, and new grants that foster innovative adaptation practices on the ground, as well as scale up of effective projects.

The Fund held its first ever ‘Country Exchange‘ in May to bring together Adaptation Fund Direct Access national implementing entities from around the world to learn and share together from a project firsthand in Chile, and further convened the first Community of Practice meeting of Direct Access entities in June along with the Green Climate Fund and other partners in South Africa to further build capacity of organizations to efficiently access and utilize project funding.

As another sign of the Fund’s growth, the Technical Evaluation Reference Group (AF-TERG) was fully established in July to engage in independent monitoring, evaluation and learning with the aim of adding value to the Fund’s work. It follows two phases of earlier independent evaluations that showed the Fund to be effective, efficient and relevant, and adding value to climate finance through Direct Access and its concrete adaptation projects.

In October, the Adaptation Fund reached the milestone of 100 concrete adaptation projects on the ground, serving 8.7 million direct beneficiaries. It has projects and programmes in about 90 countries. Often its projects are the first adaptation actions in many vulnerable places, helping communities with immediate needs and creating valuable models that have later been scaled up with other resources.

The Fund was also honored for having been selected to receive a portion of the Normandy Liberty prize money donated in April by inspirational youth activist and Time Person of the Year Greta Thunberg. Youth are actively involved in many Fund projects, and were featured in December at the Fund’s exhibit during COP25 in Madrid as well as the launch of its new innovation grant program.

While ambition will need to be increased and sources of funding expanded in 2020 to meet the tremendous adaptation needs the world is facing, the Adaptation Fund remains poised and ready to continue to effectively deliver to those who are most vulnerable to climate change.

December 2019- The Adaptation Fund convened a dialogue of contributing governments and others interested in pledging to the Fund during the COP 25 climate conference in Madrid, and succeeded in mobilizing a total in 2019 of about US$ 89 million from 11 different national and regional governments, including first-time donors Quebec and Poland and the first long-term pledge to the Fund, from Sweden.  Read more

December 2019- The Adaptation Fund announced the launch of a new US$ 10 million pilot innovation programme during the COP 25 UN climate conference in Madrid.The new programme will foster innovation in adaptation in developing countries, and will target a broad range of potential finance recipients, including non-governmental organizations, community groups, young innovators and the private sector.  Read more

November 2019- The Adaptation Fund has enhanced its suite of knowledge products with the launch of an interactive new learning tool aimed at helping developing country organizations improve access to adaptation finance. Read more

August 2019- The Adaptation Fund convened its 6th Annual Climate Finance Readiness Seminar on August 5-9, brought together more than 20 of its national implementing entities (NIEs) from across the globe to Antigua to share experiences and lessons learned through its adaptation projects on the ground. Read more 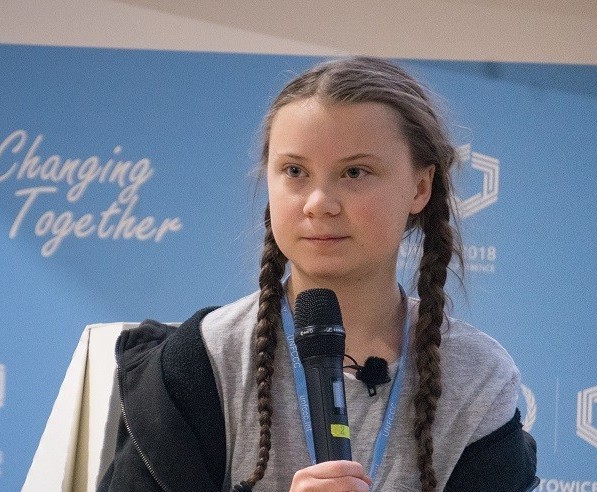 April 2019-The work of the Adaptation Fund in serving vulnerable countries with tangible climate change adaptation actions on the ground caught the eye of the dedicated and inspirational 16-year old climate activist leader Greta Thunberg, who won the Freedom Prize this week and promptly announced she will donate the full 25,000 EUR prize money to the Adaptation Fund and three other organizations.  Read more 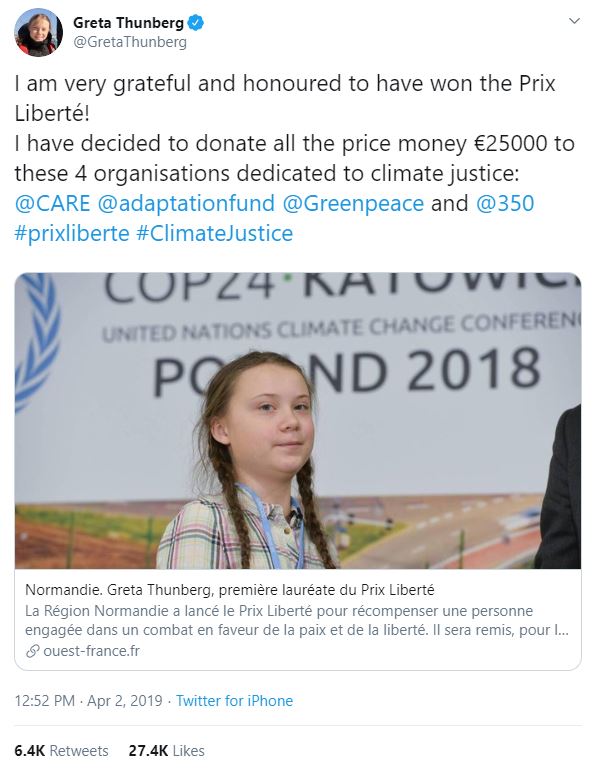 December 2019 – The Adaptation Fund joined the Alliance for Hydromet Development with 11 other international organizations to provide assistance to developing countries. Read more 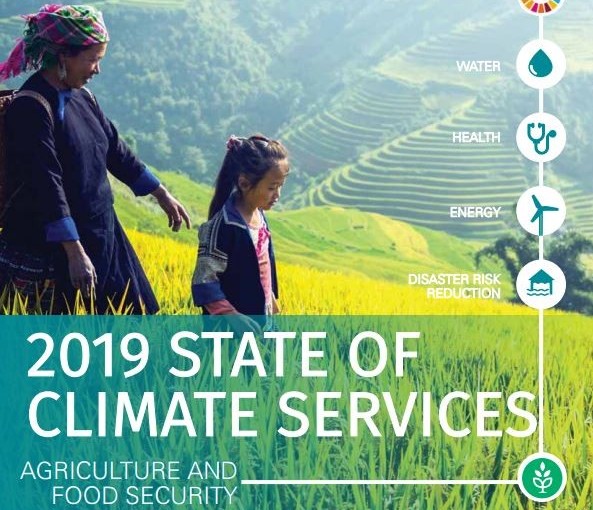 2019 State of Climate Services: Agriculture and Food Security (by reliefweb)

December 2019 –  The first State of Climate Services focuses on Agriculture and Food Security was published by the World Meteorological Organization (WMO), in partnership with the Adaptation Fund and other institutions.
Read more 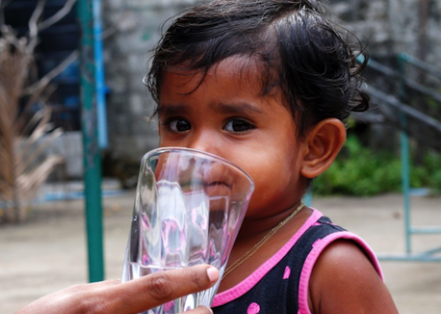 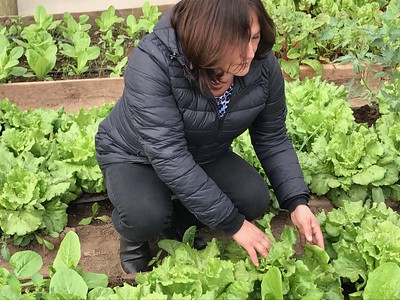 Scaling up: How the Benefits of Adaptation Funding can be Multiplied (by Climate Home News)

October 2019 – The Adaptation Fund projects in Samoa and Ethiopia show that with the right skills, money and support, communities can shore themselves up against these changes – with much wider and longer lasting impacts.  Read more 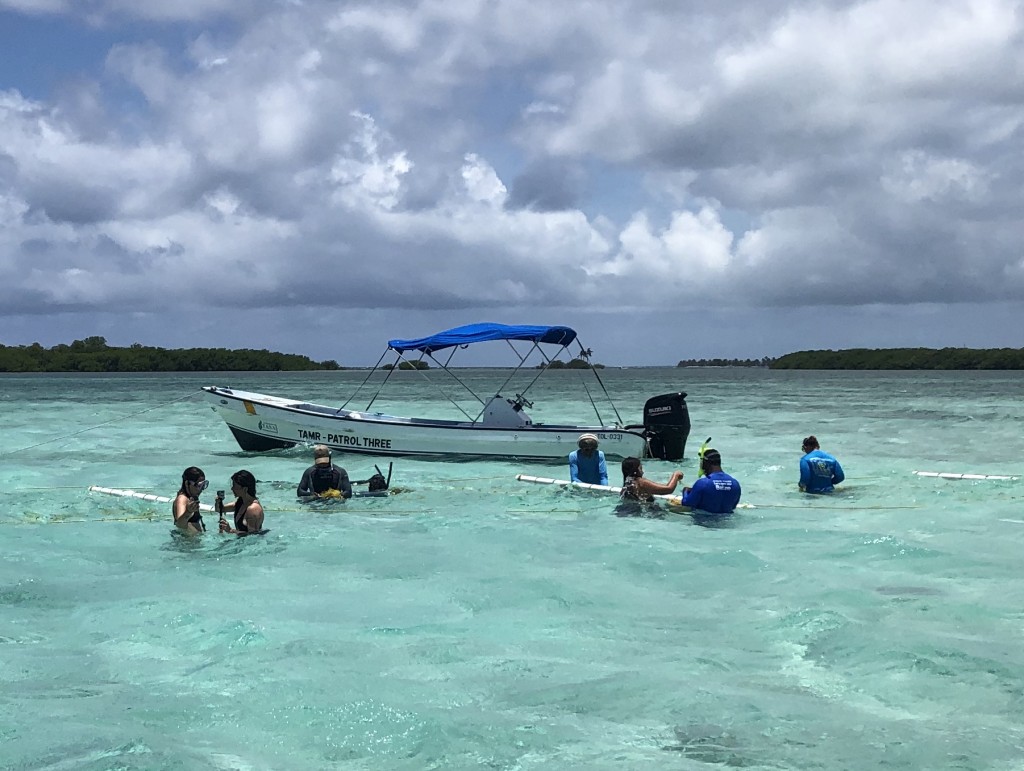 Adaptation Fund in Chile: Water Management and Agriculture in Chile 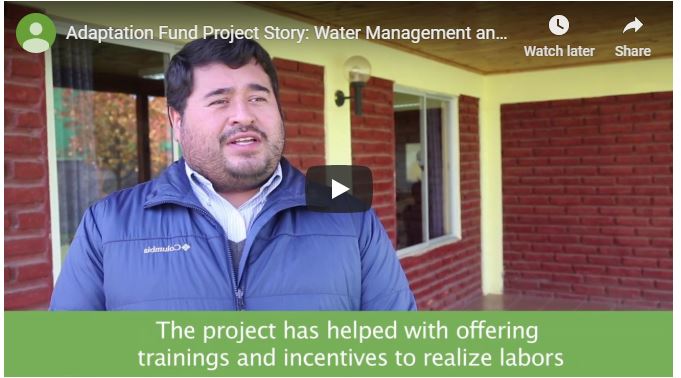 Smallholder farmers in the vulnerable O’Higgins Region of Chile are adapting to drought and water scarcity in innovative ways.  Watch video 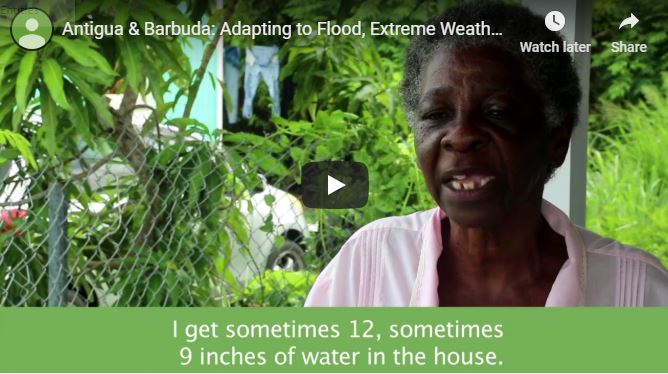 A Direct Access project in Antigua and Barbuda, implemented by the Department of Environment, is helping the most vulnerable communities within the small island developing state adapt to flooding, intense storms, and drought by restoring natural drainage systems, climate proofing vulnerable residents’ homes in innovative ways.  Watch video

The report provides an analysis of project and programme approvals from July 1, 2018 through 30 June 2019, a summary of progress made for projects under implementation in FY19, and for the first time progress made in the Fund’s innovation and learning strategic pillars.  Read more